slide
grid
You can use keyboard arrows for sliding.
1
4 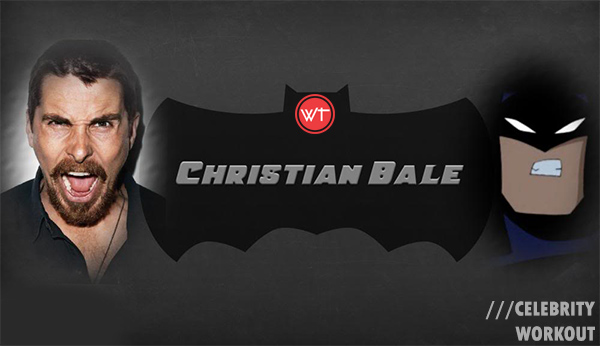 I can never picture myself falling short of words for someone as flexible as Christian Bale. Short for Christian Charles Philip Bale, he has spilled the beans of inspiration, by his miraculous ways of switching between lean to muscular to a plumpy body. Every time he comes up with a physique, that persuades a drop in those million jaws who pay their time to watch Bale’s films.

It adds to my curiosity, how a person fearing of being boring can go beyond the barriers and lose a breath gasping 63 goddamn pounds for the film, ‘The Machinist‘. And again gain a substantial 100 pounds in a matter of upcoming 5 months for the movie ‘The Batman Begins‘. All this Just to be consistent at being not so boring for the love of his fans. This makes me wonder that for Christian fans like me, It’d get almost impossible to recognise him if we accidently happen to see him somewhere other than his movies.  To drain out those 63 pounds, Bail fed only on coffee, cigarettes and an apple for one entire day.

At an age, when his peer group was busy fidgeting with their playing bats, Bale bagged the role of the British Child, for Steven Spielberg’s 1987 adventure epic Empire of the Sun. He combat 4000 aspirants for the very role. So now we know where from the much evident and talked of hard work of Christian Bale comes from. His acting dates back to the time when he was barely a decade old to the world and he played his first theatrical act in the London play – The Nerd.

Wearing inspiration on his sleeves, Bale gets his love for acting from his grand father, who happened to be a great stand up comedian and children’s entertainer. His mother was a circus dancer and his father who later married feminist icon Gloria Steinem was a commercial pilot. Because of which Christian and his family kept traveling to places. Therefore versatility has been a part of Bale’s life much before he even gathered conscious.

For acquiring the supremely awesome ripped body and curved muscles witnessed in the Batman series, Bale invested his energies knolls and dell. He payed close attention to building muscle mass with a lively incorporation by the diet he stood firm to.

To possess a body like Christian bale, the way he looked in all the batman series, or to reach well almost there, you got to earn it more than working yourself out. But don’t worry, now you’re just a few minutes’ away from being revealed off the most amazing workout routines of the absolutely elastic guy – Christian Bale. Scroll down to get yourself acquainted with the Workout Regime of Christian Bale.

That is how the ‘Man of Clay’ works out

It has been reported that his diet consisted of a ratio of 1:2:3 in terms of fats, proteins and carbohydrates. So for every gram of fat he consumed he had 2 grams protein and 3 grams carbohydrates.

You’ve got to be Christian Bale to bear the courage to play with your body stats at your own will. Being able to bag a whooping #13 rank in the Empire magazine’s curation of the 100 sexiest men of 2007, makes Bale a man living by his own terms. Not just that, but a man who’d pay the price for being able to live on his own terms. This Batman who played the live action film thrice, shall continue to be the Super Hero for his fans who dubbed themselves as ‘Baleheads.