The Science Behind “OM” and Tapping Its Power In Yoga

The Science Behind “OM” and Tapping Its Power In Yoga 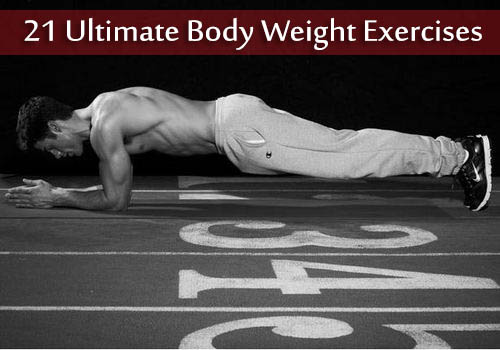 Ancient Hindu scriptures describe ‘OM’ or ‘AUM’ as the primordial sound from which the Universe was created. Yoga calls it ‘Shabd Brahman’ or God as sound/vibration. It advocates that by meditating on Aum, one can reach subtle levels of consciousness, those that have the ability to unite one with the god.

While the reason why our brain loves this sound is still continuing to elude scientists.

So, what follows now, is result of such exploration to know the science behind “OM” or “AUM”. Just like Kundalini Yoga, this amazing sound took me on a surreal ride from general theories of Physics to Quantum Mechanics to depths of Neurosciences.

I’ll start with a basic principle of Echolocation used by Bats to locate and perceive its prey in the dead of night.

Its quite surprising to know that a similar kind of phenomenon happens with us. Merely by listening the sound of screeching, crashing and sudden eruption of air, we are able to figure out scene of a probable accident. This phenomenon, where our mind processes bite-sized information to make sense of not only physical objects but events as well, is closely related to Onomatopoeia.

Now why am I discussing bats and accidents here?

Well, Aum is also a sound. So, accordingly it must also evoke a response in our brain to form some image. But, does it form them?

You see, our brain has a limitation too. It can form mental images of objects or events, it has observed by sight. And since, the brain has never actually seen Aum, the sound keeps resonating in our right hemisphere till a meaning is assigned to it. Will the meaning be assigned?

So, ultimately, the left part of our brain processes and stores this sound as formless, or like a ring. A ring, that later becomes mind’s focal point of gradual expansion of physical and emotional awareness. And every time we meditate on it, Om creates an ethereal event inside us, which the Yogis refer to as uniting with the divine self, the absolute. I believe, that’s the reason why some people refer to God as a formless entity.

Next we come to the physical effects chanting of Aum has on us.

Here are lessons to be learnt on the Biological level. Neuroscience describes three states of a human mind – Conscious, Sub-conscious and Unconscious.

A study aimed at exploring the relation between Ultrasound waves[1] and human healing suggests, that moods improved consistently and healing rate increased when ultrasonic waves were applied to human skull and broken bones respectively.

And when this chanting is done on a collective level, in a room full of yogis, the effect gets synergistic![2] The same principle of vibrations is now being used in Cymatherapy or Sound Therapy for faster healing[3].

Tap power of Om through Yoga

Meditation forms an inevitable part of any yogic practice that helps relax at the end of session. Some people avoid those moments considering them worthless. But, in the next few minutes they’ll know how few moments of silent contemplation can help them unlock the vast potential power of a human mind.

There are many ways but the two most prominent ones are:

Its a common complaint that, emptying mind seems impossible when you are about to step into such a chaotic world after the class. Well, for that, why don’t you allow the thoughts to come. Not on intent though. Meditate on it for a moment and ask it to go. Make it drift away with every mmmm… That way you’ll not only feel more relaxed, but would be able to save yourself from the guilt of not doing it right.

This last vibration caused by elongated mmm… is of highest importance. It is the point where the veil between audible sound and supreme stillness is thinnest. And it is the time when our listening awareness is most expansive.

But who are we listening to?

Quantum Physics tells us every state of matter has its own associated vibration and so does light. And when a person is chanting with ‘m’ sound, he attunes himself with the echoing cosmos. Much like putting yourself online with the whole universe.

General Theory of Relativity talks about divinity and origin through everything Big (Big Bang theory).

While the Theory of Quantum Electrodynamics believes it to have begun from quarks, everything small. Einstein died with an unfulfilled dream of bridging these theories with the Theory of Everything or the String Theory. Isn’t it amazing how effortlessly we can experience Physics of grand and miniature dancing around us through the meditation of Om.

Are the effects/benefits of Om chanting measurable?

Yes they are. To some extent.

Apart from the Ultrasound experiments I mentioned about above, another study was conducted on individuals meditating on Om. It involved an EEG analysis during the practice. On analysis of signal spectrum of the waves it was found that maximum Om components lied below 100 Hz. Which in medical science is regarded as the meditative state of human mind, where the mind enters a peaceful, dreamless sleep[4].

Now, a worth mentioning fact here is that results were highly variable. Clearly implying involvement of a lot of underlying factors. This is explained by the yogic philosophy in terms of Faith and Technique. They assert importance of focused breathing in bringing out the relaxation, as much as having a curiosity and interest in the practice.

They picture our mind as a source of untapped power, like a mountain full of potential energy. But when this mountain is disturbed with a little vibration, its energy gets into kinetic motion in form of an avalanche. Like wise, disturbing your mind through the sound of Aum, can be subtly made to spread to other body parts as well.

A tiny little simple sound, and effects so transcending. We know, that our brain is able to re-wire itself, anytime. And with this practice, any kind of imbalance can be normalized. It easily makes our cells capable of synchronizing their frequencies back to its natural state of healthy vibrational resonance. In my opinion, this is nothing, but an easiest way to harness the amazing power of mind.