Join The Thrill, Lift The FIFA World Cup Together !

Join The Thrill, Lift The FIFA World Cup Together !

My friend asked me to come over to her place last weekend and texted me, “ I am all alone and bored to death, please come over!” It was already half past eight in the evening but I decided to go.

On my way to her place, my idea of chilling was to grab a beer each and tattle about her recent break up. However, her neighbor Vicky, had friends come over to his place to have a drink and enjoy the FIFA world cup tournament at night. We went over to join the party but missed the midnight match between England and Italy due to a sudden power cut.

Even before the match began, discussions began as to which team is worthy of grabbing the title this year. The discussion between the boys soon escalated to an argument and ended up in a fist fight ! Vicky came forward and tore the two apart, snatching the drinks from their hands. But it made them so upset that one of them left for home. The next afternoon the rest of us woke up with sore eyes and bad hangovers. 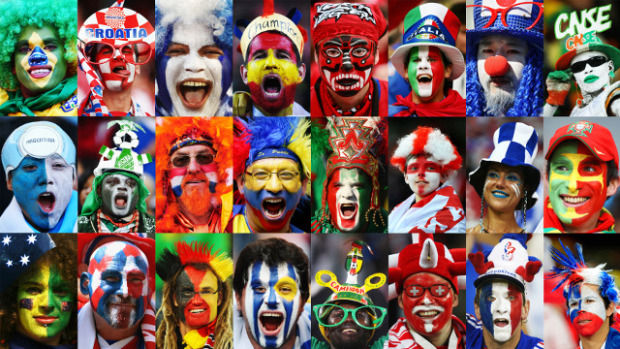 What could have been a glowing and fun filled weekend turned out to be a total party spoiler for  us. I think this rift could have been easily avoided if Vicky’s friends would not have drank excessively and enjoyed the match as a team.

Watching games are supposed to be fun and act as a stress buster and not perk up fights !

Apparently, the global zeal and fervor amongst fans towards tournaments like the FIFA world cup and Cricket seemed to have reached a toll. Games like these having a world wide audience have contributed towards generating mental and physical illness [1] such as  anxiety, depression, artery clogging [2] and even heart attacks [3]  because of the high level of emotional stress that builds up especially when your team performs badly . Imagine the World Health Organisation calling the World Cup fever as an infection [4] and they say nothing can be done about it apart from waiting for it to be over.

It stung me too !

Yes, it affects your lives, if you are a die hard fan. I remember my condition in the last world cup final between Spain and Netherlands during every passing second of the match. I was dripping sweat throughout, and did not consume anything except water until my team Spain won! Post tournament I felt this mountain lift off my chest and realised how hard those days were where nothing but the match mattered.

I had mixed feelings of anxiety and fear but then fortunately my team winning the cup worked for me! Albeit, hell broke lose on my dear friend sitting next to me who was a Dutch supporter. She went numb when Spain scored the winning goal just before four minutes before extra time. She shut herself in her room and refused to talk to me for almost a week.

Easy tricks to escape the Fever

But I am not letting the ongoing event overwhelm me this time. I have a few tricks in my pocket that I have researched and tried that I would like to share it with you.