The Popular Could Be Dangerous: Dispelling The Sugar Diabetes Myth

The Popular Could Be Dangerous: Dispelling The Sugar Diabetes Myth

Mommies Should Allow Daddies To Be A Part Of Parenting

Mommies Should Allow Daddies To Be A Part Of Parenting 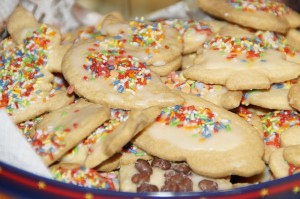 Hello everyone! Hope you had a great week.

Welcome to my second post on the series on food myths. The myth that I have chosen to debunk this week is one of the most widely believed misconceptions that has hardly escaped anyone’s ears.

Diabetes is a disease that many of us consider as not so serious, in spite of having a huge record on the health chart.

Unaware of its possible consequences, it has, actually emerged as the 7th leading cause of death in the United States, according to the latest statistical reports of the American Diabetic Association.

Now, as serious as this situation is, the concern ranks equal when it comes to the drastically inaccurate ideas and beliefs surrounding this disease, which is one main reason why many patients on the diabetic chart remain undiagnosed until later. 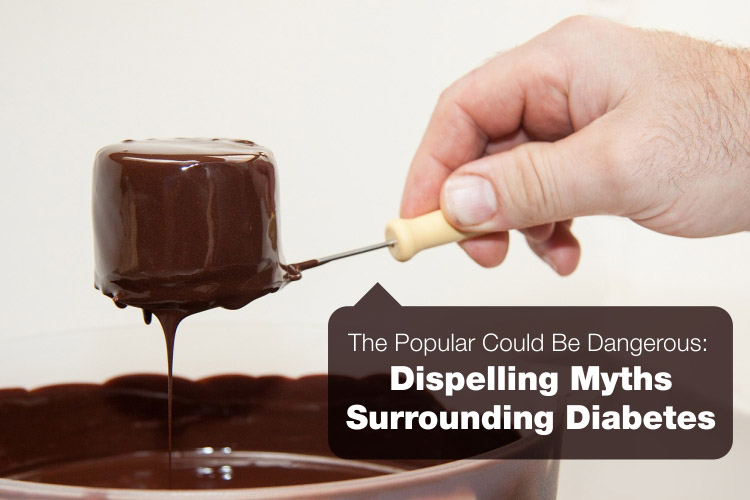 So, its high time that you and me get a reality check about the traditional myths surrounding diabetes so that we don’t fall prey to the same. Moreover, even if you have become a victim of this disease, you need to sift fact from fiction, because trust me, you’ve got a lot to learn if you wish to live a long and healthy life.

For better understanding, I’ll begin with identifying the types of diabetes that one can develop in life.

Diabetes And Its Types

Diabetes is of three types, type 1, type 2 and gestational diabetes.

Type 1 has been mainly diagnosed in children and young adults. It is an autoimmune disease, where the body stops producing insulin in the pancreas completely. 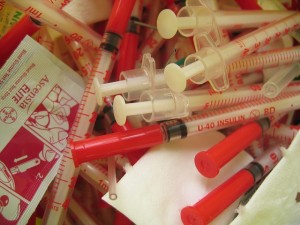 Just so you know, insulin is the hormone that the pancreas produces in order to convert sugar(glucose) from food into energy for immediate and future use. Thus, it regulates our blood glucose level, preventing it from building up in the bloodstream.

According to scientists, type 1 is a genetic condition where the immune system attacks the pancreas, for reasons unknown, and consequently the pancreas stops secreting insulin. It is also caused due to environmental factors.[1] Learn more about it here.

Type 2 diabetes is a condition when the pancreas doesn’t secrete enough insulin to convert glucose into energy, or. the body doesn’t use it properly, as a result of which glucose builds up in your blood instead of getting used up by the body cells for energy.[2]

This one is more common and doctors often refer to it as a lifestyle disease, and adult onset diabetes, because it mostly develops after the age of 40 due to an unhealthy lifestyle. Check out its symptoms here

Gestational diabetes occurs in women during pregnancy, due to hormonal changes, and it usually disappears after the baby is born. Its occurrence does depends both on genetic and environmental factors. However, if it happens, it increases the risk of type 2 diabetes.[3][4]

No.1 Myth- Sugar Is The Culprit Behind Diabetes

The very reason that I discussed its various types, is to make you easily learn the fact that none of these conditions have anything to do with eating too much sugar.

Each of the condition develops due to the body’s inability to secrete enough insulin to convert sugar into fuel for proper functioning of the body.

Type 1 diabetes is an unusual condition where the immune system mistakenly attacks the cells in the body perceiving it to be harmful for the system. In such a condition, you need external injection of insulin for life.

On the contrary, in the case of type 2 diabetes, there does exist a co-relation. The underlying cause remains the same, though (i.e. insufficient insulin secretion) however factors like living a sedentary lifestyle does increase your chances of developing type 2 diabetes.

Being a couch potato with little physical activity triggers weight gain, which can invariably increases your risk to developing type 2. This is because excess fat that you usually gain around the belly, by consuming unhealthy foods, requires the pancreas to secrete more insulin to convert them into energy.[5]

The body is unable to meet this high demand from the fat cells after a certain point of time, which upsets your metabolic system, and it leads to insufficient insulin supply to regulate glucose levels, hence increasing your chances of developing type 2 diabetes.

To summarize the whole thing, if you consume foods rich in fat and calories, which includes sugary foods, obviously, you’re most likely to gain weight if you do not burn them with physical activity. So, yes, in this way, you develop an association with type 2 diabetes, but it is not a direct cause.

No.2 Myth- Does Being A Diabetic Means No To Sweets?

Sweets are not the only source of sugar. You derive it from different type of carbohydrates, which includes fruits, vegetables, grains, starch  and sugar itself of course. It is a nutrient required by your body to produce energy, which is why you cannot eliminate it from your diet completely.

Sweets attract much hype in this case, as they contain sugar in large amounts and can quickly raise your glucose levels. So, you do need to limit your intake of cakes, tarts and donuts. However, there is no harm if you wish to have dessert after a meal occasionally, as long as you are substituting your main course with green veggies, whole grains and salads.

The key is to keep your diet low in starch and sugar, and high in fiber and other vitamins and minerals. Studies reveal that, a well balanced diet combined with physical activity helps you live a long and healthy life even with diabetes.[6]

For help, check the nutrition label and look at the total carbohydrates, it includes both sugar and starch, so you’ll know your total carb intake.

It is a human tendency to tend to eat too much of what we like. So, take this opportunity to adopt a healthier lifestyle by eating right and working out regularly. Following this can eliminate one major risk factor of developing type 2 diabetes, not to mention it will keep your safer from tons of other health problems.

For those who believe in the myth that diabetes is not a serious disease, you need to check the stats. The American Diabetes Association reveals that it kills more people than AIDS and breast cancer combined. That is because having diabetes increases your risk for cardiovascular problems, which can lead to eventual death.[7][8]

So, it’s essential for you and me to acknowledge these facts, and say goodbye to the old wives’ tale.

Related post Diabetes Alert! Reverse It While You Can