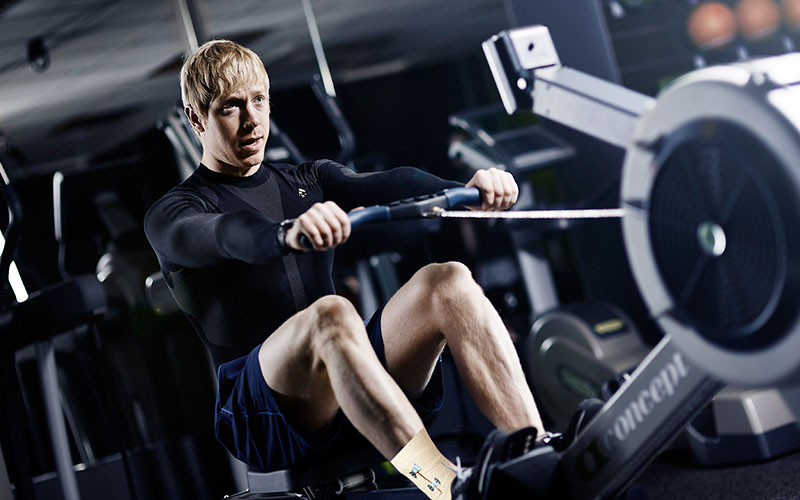 The Comeback Workout After An Injury

The Comeback Workout After An Injury 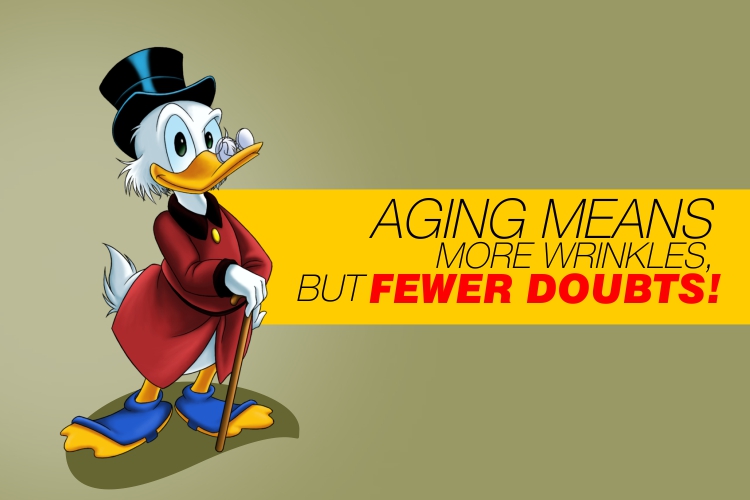 Once upon a time, in the world of cartoons, lived a wise old character, who could go to any length to achieve whatever he had set his mind on. He was crazy for sure, but then, terrific in business dealings and a shrewd negotiator.

With his intelligence and vast knowledge which he acquired during his endless adventures, he always managed to be on top of the game!

Yes, he was cunning and dangerously ambitious! As a matter of fact, I’d run out of superlatives if I go on to describe this extraordinary character.

Well, with due respect, it is none other than legendary Mr. Scrooge!

Apparently, the richest duck in the world, Scrooge McDuck or Uncle Scrooge, as nicknamed by his nephews, ruled the duck world as no one seemed good enough, or say shrewd enough, to beat him in his game.

Now, if you think a little deeper, this wise old duck is a mind blowing inspiration for humans.

Uncle Scrooge actually proves that age doesn’t wear you out, and your brain can still deliver amazing results! 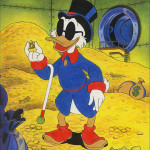 Long believed and witnessed that, as we age, we struggle to maintain the pace of life.

There is no denying that our brain starts to slow down eventually by giving us clues like hearing loss or weaker eyesight.

We can’t seem to remember recent facts and events. We tend to add extra effort in recalling names, concentrating on a particular task without getting distracted.

What more, chances are high that we end up wearing those round specs and having a new partner to walk along, a cane just like Mr. Scrooge’s.

However, after reading this, your thoughts on growing wrinkles might excite you, after all. Read on to know how.

There are, in fact good parts of aging. Our brain actually functions better in some areas as we age. 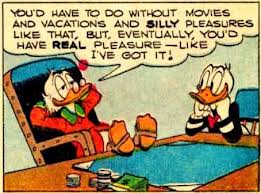 And some functions develop fully later in life.

No doubt, younger brains work better and faster than the older ones. They are good at multitasking and working in close gaps.

Whether you’re juggling multiple screens at office, or finishing your assignment with your headphones on, multi-tasking is so wired into our brains today.

A small tidbit on that: Multitasking doesn’t really prove you’re efficient. It actually muddles with your brain and makes you lose focus.[1]

On the brighter side, older brains are more resilient and can perform certain functions better their younger counterparts.

The Perks of the Aging Brain

Your cognitive skills get finer with age 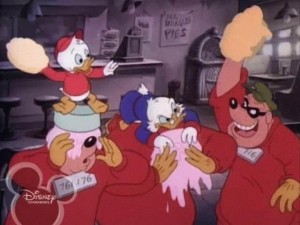 A study[2] says that as you age, you get better at reasoning which involves problem solving and vocabulary skills. Judging people, countering arguments, managing your finances becomes much easier.

Just like Scrooge never failed to judge his foes. He always knew his enemies better than they knew themselves, which is how he beat them at their own game.

Being old also makes you awesome at solving problems and personal relationships. Throughout years of functioning, our brain develops interwoven layers of  knowledge. You can access them easily by connecting the available dots in your memory and find appropriate solutions.

With years of experience dealing with thugs on the business front, and being strong enough to keep up with his nephews in adventures, Scrooge never lost out on anything.

I believe you are aware of the fact that either half of our brain is dominant than the other. So, you tend to use the dominant part more and find it difficult to access the other part completely. However, aging makes it easier.

Through a process called bilateralization[3], your brain, actually tends to activate certain areas of the other half  as we grow old. This helps us to synchronize information and make informed decisions, analyze and interpret situations in ways you may not even fathom! I don’t need to remind you Scrooge and his cunning ways on this one.

Ease out your worries 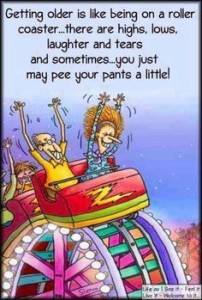 You also become happier and emotionally more stable as you age.

If faced with a crisis, over the years, our brain has accumulated sufficient information to help us think logically and focus on what might actually work.

So, growing old to become like Scrooge McDuck isn’t that bad right, I’d say great! Because, your memory and speed may decline with age, but, your experience and pool of knowledge makes up for it.

You know what Mark twain said? “Age is an issue of mind over matter. If you don’t mind, it doesn’t matter.”