All About Sachin Tendulkar’s Diet

All About Sachin Tendulkar’s Diet 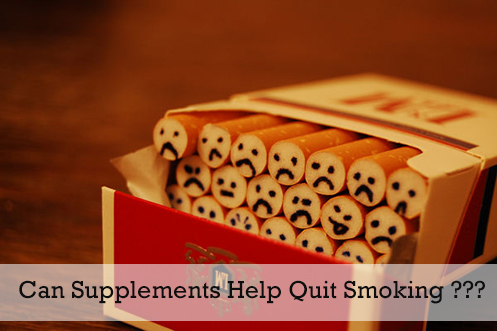 Sachin Tendulkar is 5ft 5in tall and weighs about 60 kgs. Being a man in his forties and his active requirements for energy, Sachin used to take at least 2800-3000 calories a day.

Sachin Tendulkar’s diet included 40 percent carbohydrates, 30 percent fats and 30 percent proteins. This provided him enough calories to carry out his daily routine including his workout and practice sessions.

The carbohydrates were an essential part of Sachin’s diet as they provided enough stamina for athleticism on the field.

Sachin preferred to have a complete balanced diet that fuel-led his body requirements. 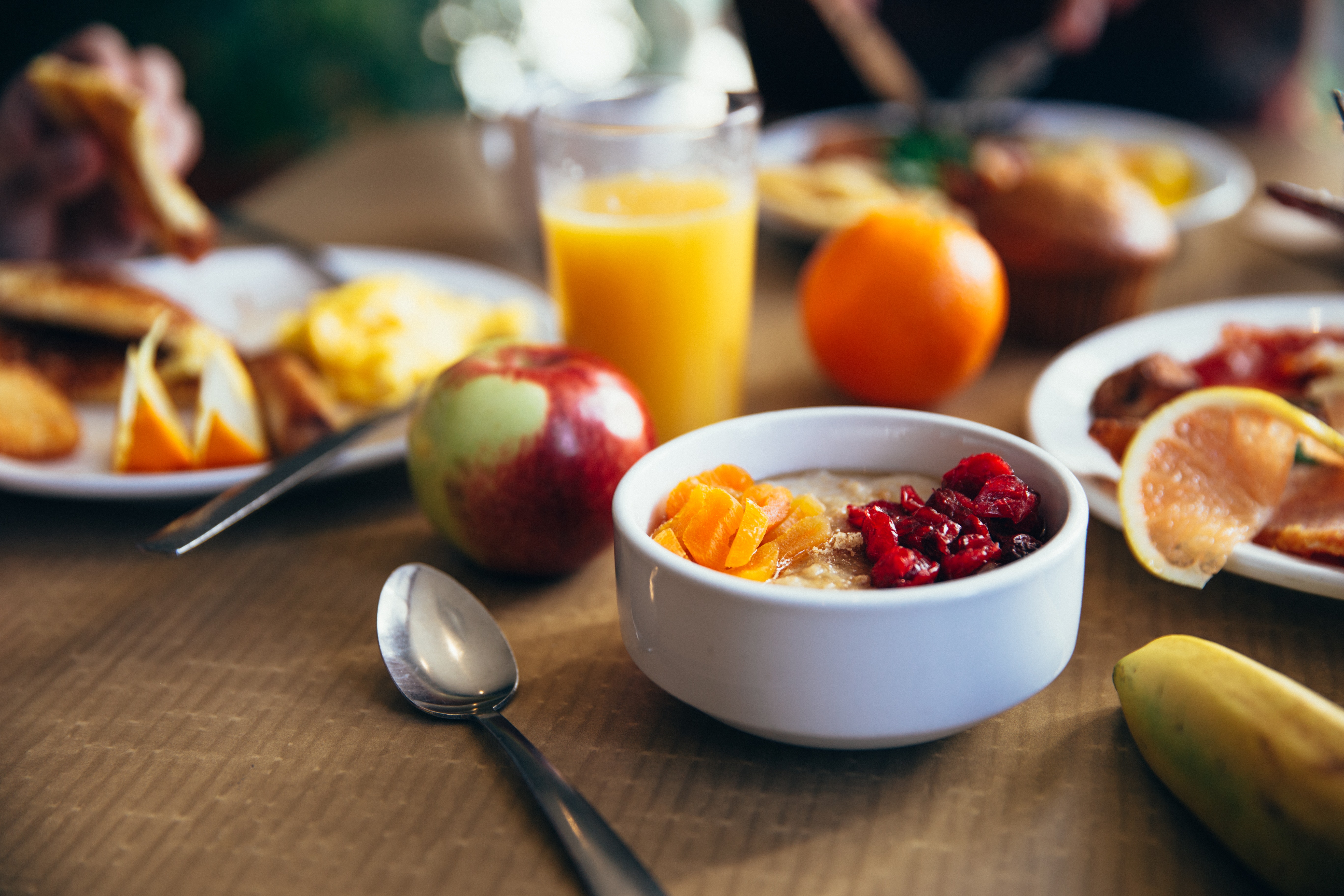 The table below summarizes Sachin full day meals that includes porridge, milk, water, fruits, salad, curd, whey protein, chapattis, raisins, nuts and seeds. Against the odds, he was also a big foodie and liked to try his hands on new delicacies.

Note: The above diet chart has been made after a compilation from a number of trusted blogs and websites. However, a perfect diet for you should be based around your own body requirements. Always consult a certified professional / dietician before following any diet recommendations.

2. A relook at the most inspiring moments of Sachin’s Career 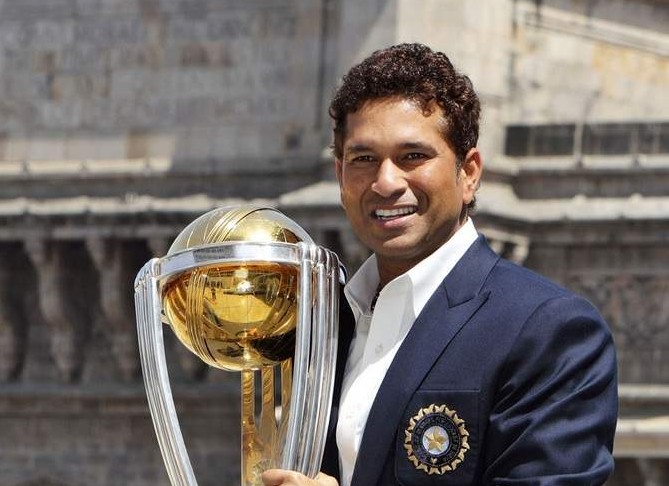 He was just three years of age when he gained recognition as a child prodigy. Right from there on, until he became ‘Sachin – The God’, his journey has been a phenomenal one.

Sachin Tendulkar, worshipped as the God of Cricket, is highly spoken of as a sportsman. Inspired as an eternal hero. And intensely loved as the No. 1 Batsman in the ICC List.

The convoy of Sachin’s  path towards prosperity has been witnessed by well almost the entire Cricket fraternity. Sachin is named after the evergreen legendary music director SD Burman – Short for Sachin Dev Burman.

Choosing 10 or 99 as his jersey number, Sachin has been nick named over and again. From Little Master to Tendya to The Little Champion and The Master blaster.

Did I mention – “The Last Hero”? Whatever luxuries might have followed his stardom, Sachin has stood firm to his roots.

The stadium resonating with his fans calling out “Sachin. Sachin.” is the only emotion that every fan bestowed for his love for cricket.

This Human avatar of God has always lived the moments behind the crease. In this piece, we will recall such memorable moments. Sachin Tendulkar bat for the last time before retiring from all forms of cricket.

Here are the most inspiring moments of Sachin Tendulkar’s Career:

Give me one name who wouldn’t remember the epic moment. This magnanimous personality made the Gwalior stadium reverberate with his name. Sachin Smashed a stupendous double hundred for the first time in the history of International One day cricket. This was achieved off 147 rolling balls, 25 crowd enthralling fours and a pack of three rigorous sixes. 24th february, 2010 against South Africa.

Footprints of the moment still prevail on the hearts of God’s worshipers. I vividly remember a single off Charl Langeveldt made Tendulkar hit the air with the ball for his 200th run in that very ODI. With that Sachin contributed the most in making India post its highest ODI total of 401-3. That calls for a recall of one of Sachin’s awesome record. Sachin Tendulkar hit five test centuries before the age of 20. That’s a world record still entitled with Sachin.

I can still feel the hair on my arm stretching upwards for a goose bump as I recall the ever charming moment of Indian Cricket Team winning the world cup 2011. The entire Indian team lifted their God on their shoulders. Tricolor wavering in his hands up in the air.

Sachin created a landmark of his career by completing his 6th consecutive appearance in International Cricket World Cup – an achievement which none other cricketer has ever claimed. Sachin himself could not hold back his tears of joy. Meanwhile, the entire nation celebrated out of extreme merriment.

Sachin is also a record holder for maximum runs in IPL, 2010. The score counts to as high as 618 runs in 15 innings for the Mumbai Indians.

“I was not jumping or celebrating. My first question to god was why did it take so long? Where did I go wrong? With a billion plus people waiting for this, it shouldn’t have taken so long”, said Tendulkar.

Such proclamation can only be uttered by someone as modest as Sachin Tendulkar. It was 16th march, 2012. Asia cup. India v/s Bangladesh. A single off against Bangladesh’s Shakib Al Hasan. Well may be this cultivates the reason why his wife Anjali doesn’t eat or drink anything every time Sachin’s batting.

2.4. The ever controversial win against arch-rival Pakistan

Sachin made people back home jump on their mattresses/couches and hug each other. This was the win while Sachin had an Injury on his finger. And the master blaster claims this match to be the biggest of his career. The zenith of his success counts on how he started to prepare himself for this one, ever since it got declared in 2002. Such passion goes back to the days of 1998.

Sachin Tendulkar and Vinod Kambli, produced an unbeatable partnership of 664 runs in Harris Shield Inter School Tournament in Mumbai. Sachin’s contribution to the partnership was an unparalleled 326 runs.

Firsts are always special. What keeps it different for Tendulkar is that his maiden 100 is the special one for the entire nation. Sachin scored his first century at Old Trafford in 1990. That prevented England from winning. Someone in the mid of his teens to achieve such a stature is worth inspiring.

Did I tell you that as a child our Little Champion was a jackpot of mischief? He once opened a hose pipe in Sourav Ganguly’s room which filled it with water until Ganguly realized he was sinking. Also, Sachin happened to be a school bully. He was popular at picking up fights. Whenever his friend introduced him to someone, he used to ask if he (Sachin) would be able to beat that stranger. But for what you are today, we just got one thing to say – We love Sachin, Our little Rebel!

Now, lets just have a strategic time out to recollect the moments where Sachin became the ‘First out of all’ to create that cricketing history.

“Sachin!! Sachin!! Yes, That’s how every Indian house echoed when Sachin hit some terrific 12 fours and 3 sixes against Australia. The legendary story takes us back in 1998 in Chennai. Australia was leading the 1st innings of the test play by 71 runs. Sachin the savior’s 155 off 191 balls turned the table towards India. The game went Topsy-Turvy and India won the match by an overwhelming 179 runs.

It is not just the batting that sets Sachin apart. He wanted to become a fast bowler. Shane Warne once said: “I would go to bed having nightmares of Sachin dancing down the ground and hitting me for sixes”. And this is when in 1998 Sachin was rejected by Dennis Lillee’s MRF pace foundation. And Lillee advised Sachin to focus on his batting skills. Well, you got to be Sachin Tendulkar to push the limits of your potential.

Victories wouldn’t exist if leaders like Sachin wouldn’t have been in the play. Bagging the 1996 Titan cup is by far one of the biggest victories of sachin’s career. As like the name, this trophy was earned post a clash of the titans. Beating the Sharjah cup winners South Africa and the leading teams of all times “Australia” was one big challenge for the then captain – Sachin Tendulkar. He scored 88 off 111 against Australia. 64 off 93 was his score against South Africa in the league round before he bagged 67 off 88 in the final to win the Titan Cup.

Being a captain at the age of 22 and applying strategies to barricade South Africa to score as low as 187 in the finals is surely hell of an inspiring win! This is what we can expect out of a legend who understood the responsibilities his bat carried at the early age of 11, when he started his training from the renowned cricket coach Ramakant Achrekar.

The crackers spared from Diwali are best used when the Indian cricket team beats a well competing beast. And the best competitors to defeat and rejoice would be the Ausies. The classy unbeaten 117 by the master blaster in the first final of the Commonwealth bank tri-series at his favorite pitch – Sydney roared applauds and hooting in almost all Indian Living rooms. This was just not enough.

An awesome 91 on the second final at Brisbane led Sachin prove yet again – that he’s the undisputed godfather of Cricket. The Don: Donald Bradman, rated Sachin as the Greatest Batsman of all times. And Bradman considered Tendulkar to have a batting style similar to his. No one would say that without intending to say so.

So that’s what happens when you do not start from under 18. But play straight from the senior’s clan. You learn to surpass the benchmarks created by much reputed predecessors. The 35 test century record by Sunil Gavaskar was beaten by Sachin Tendulkar against Sri Lanka at Delhi’s Feroz Shah Kotla in 2005. The moment of pride made Sachin and his fans wait for one long year to witness the magnificent record broken. Albeit after playing 79 ODI’s Sachin smashed his first 100. But considering this success, you realize the wait was worth it.

Good things come in small packages. May be this forms the basis for him being tagged as the ‘Little master’. Sachin hosts home to maximum world cup man of the match records.

Sachin the God of cricket, the most established cricketer– came, conquered and is now leaving. Leave not one, two but all the forms of cricket. Playing his 200th Test match for that one last time at his home pitch – Wankhade Stadium, Mumbai, he showed his class and flamboyance. A cricketer with maximum record holdings shall no more be witnessed creating records. Every nook and corner was filled with the worshipers of cricketing god. Inspiration enveloped the entire nation seeing the inevitable sportsman batting his last cricketing series ever.

The moments lose count. There are innumerable moments frozen under the charm of the cricketing maestro Sachin. History created, records broken, records produced and reproduced. All the most inspiring moments of Sachin’s career were backed by his love for the game, passion, rigor, panache and foremost of all, the hard work put in. A lot to learn, a lot to gain, a lot to get inspired from. It would take another life time to be able to be bestowed with someone as skilled as Sachin.

As they say, all good things have to end. With Sachin leaving, a part of us would too go missing. It was the last day he walked to the cricket field. We really don’t care if he couldn’t convert his last fifty to a hundred score but we really loved to see him play his natural game, the game that he played for 24 years, because no matter what happened in that match, for us he would always remain NOT OUT. We thank Sachin for the uncountable magical moments he gave his fans throughout his career. The cricketing world will never be the same without him. #ThankYouSachin

What were your most inspiring moments of Sachin’s Career? Share with us.