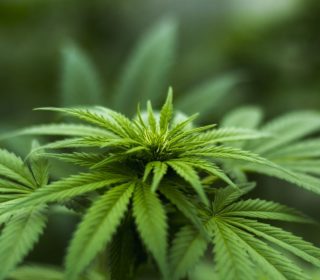 If you’re working out regularly and keeping a healthy diet, you deserve to lose fat in the long term.
Wouldn’t it be great if you could speed up that process without using commercial fat burners and risking any side-effects?

The good news is that there are some all-natural fat burners that could just do the trick for you.

Green tea contains active ingredients, such as EGCG and catechins, which have been shown to help burn fat by boosting the effects of certain fat-burning hormones in the body, and its extract form makes it a concentrated source of these ingredients.

In fact, green tea extract is also often the main ingredient in many commercial fat burners due to its proven effects. The ECGC compound in green tea helps prevent the breakdown of the fat-burning hormone norepinephrine, thus enabling it to build in the body, which in turn helps promote the breakdown of fat in the body.

Once the broken-down fat is then released into the bloodstream, there it is then used by the body for energy. Meanwhile, the catechins in green tea help boost metabolism, which also helps burn calories.

Green tea also contains caffeine, which, when combined with ECGC, further creates a synergetic effect that really helps accelerate fat-burning in the body, even when at rest.

Soluble fiber, which is found in nuts, seeds, beans, and some vegetables and fruits, doesn’t really burn fat; however, it does help lower fat absorption in the body, which helps you maintain a healthy weight. It also helps the absorption of some dietary cholesterol for improved heart health.

A diet high in protein helps build muscle, which burns more calories from fat; research shows, especially in the belly area. It also helps boost the metabolism because of the amount of energy it takes to both digest it and breaks it down.

Protein also helps you feel fuller longer, which also aids in fat loss. According to the experts at Legion Athletics, “protein powder is a great way to increase your daily protein intake,” and it can be made into a shake or added to many of the foods you already eat to help boost the protein content.

Apple cider vinegar contains acetic acid, which has been shown to help melt fat as well as boosts certain genes that burn fat, which leads to less fat accumulation in the body. It also contains an enzyme that helps boost metabolism.

No more spending precious time searching for the best commercial fat burner on the market that may or may not come with its share of side effects. Instead, consider an all-natural fat burner, which has been proven safe and effective and can be easily incorporated into your diet each day.