Mind Over Matter- The School Of Sound Mind And Body

Mind Over Matter- The School Of Sound Mind And Body 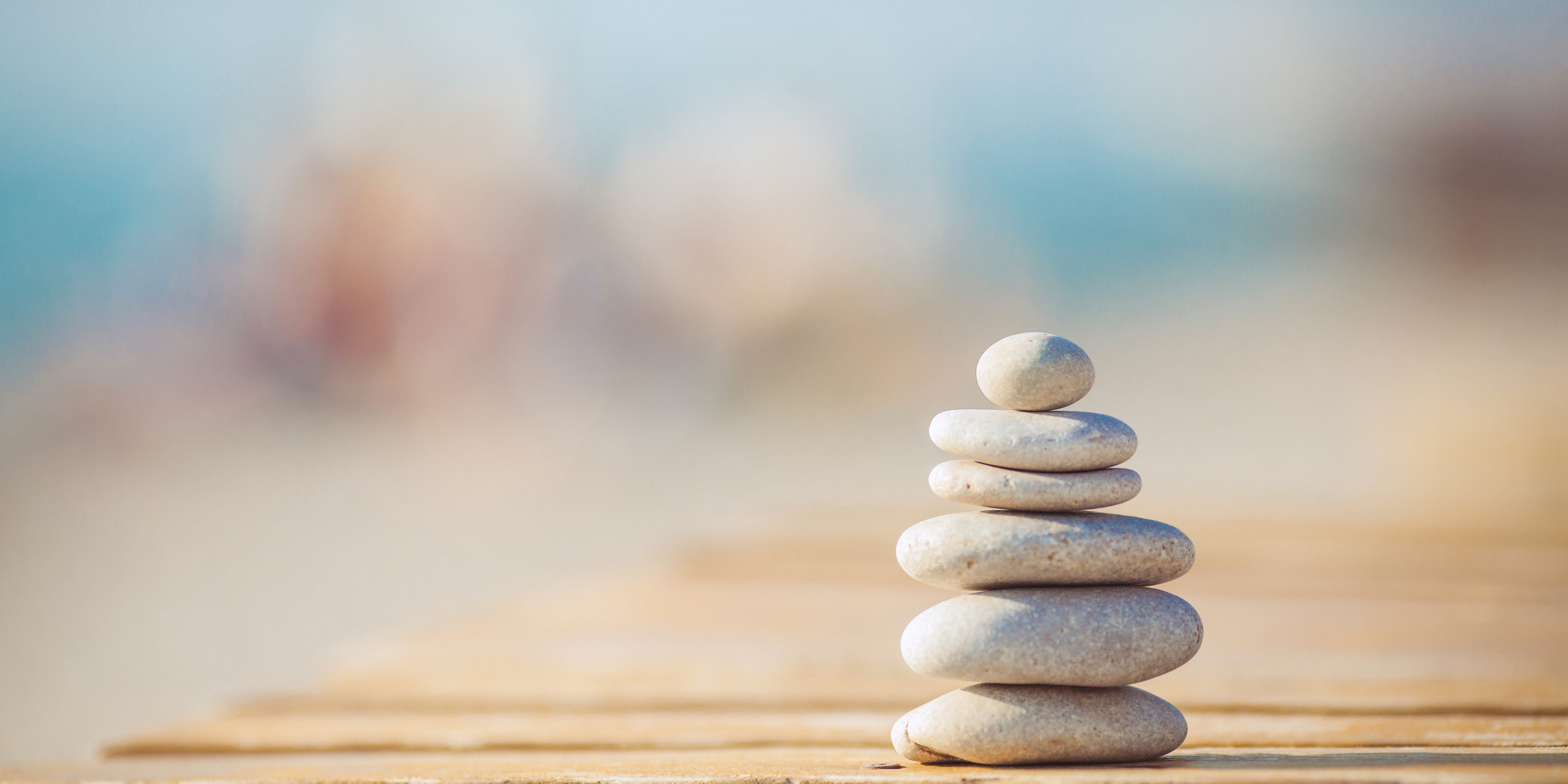 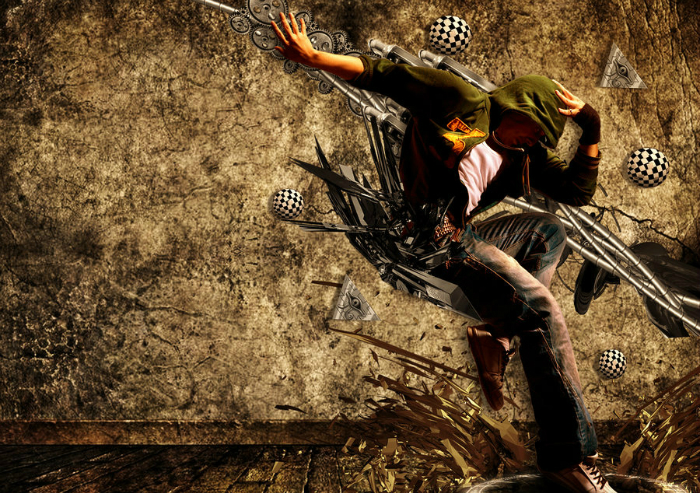 Rock That Body With 5 Dance Moves

Rock That Body With 5 Dance Moves

The philosophy of Mind Over Matter often influences us to delve into the oblivion. Something that is not truly fathomable in a whole form. A mystery of the consciousness that reveals itself in a myriad of shapes and colors.

Whenever this subject arises, most people refer to the power of the yogi who can live without food and water. Some like to imagine the power of the mind to move matter without physical touch, a phenomenon science refers to as telekinesis or psychokinesis.

Apparently, these intriguing stories and unproven phenomenon only seem to leave the ordinary human mind more confused than ever.

I, on the contrary, choose to believe in the part that is 100% tangible and achievable by each one of us, making us totally extraordinary.

Mind over matter is more than just what science fascinates about. It is the real deal that makes your lives count by enabling you to deliver to the best of your ability.

The philosophy is an excellent fit when you apply it to the world of health and fitness. What I’m going to share in the rest of the article is going to offer you a complete proof of this.

Why People Find It Hard To Make It Real

Mind over matter has always been a subject matter of controversy and people like to go on and on about it with their own versions of what they believe it to be. Keeping my focus clear, I actually decided to include a few responses from experts to help you understand better.

Mind and body medicine author and certified hypnotherapist, Dr. Kathy Gruver says, “I heal amazingly fast from injuries and surgeries. I can control pain levels in my body and push myself to the physical limits. People equate that to some special thing that I do, not realizing we ALL can. Its like “If it’s that easy, why isn’t everyone doing it” sort of mentality. 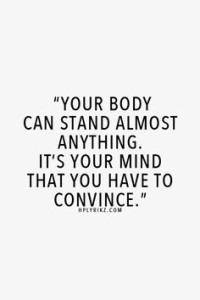 We focus so much on the physical in our lives that the mind/body is forgotten. Using mind over matter takes personal responsibility and effort. I think there is a whole societal shift that has to happen to see more people using mind/body medicine and understanding the vast power that our minds have to accomplish our goals, whether fitness or weight loss.”

Dr. Ramani Durvasula, a clinical psychologist who also deals with weight loss clients further adds, “In weight loss, mind over matter seems like a great idea, In so many things, a person has to be READY to make a change and when that happens mind over matter can be a useful tool – but that readiness takes time too.”

George A. Boyd, meditation teacher and author remarks, “How your body moves [think about an athlete and how they shape their behavior to achieve excellence in their sport], your autonomic nervous system (notice how you can change your body’s reaction to something upsetting by bringing in a calming, serene image). People tap into this level to achieve their fitness and weight loss goals, instead of believing in miracles, they actually realize they are in charge, and if they want to be fit and slim, they can visualize it and train themselves to progressively achieve it.”

Amazing Life Incidents That Will Make You Believe

To make your goals become more real and achievable, I am happy to share some true life changing stories of people like you and me.

I reached out to my health and fitness circle and they were truly glad that I approached this matter.

These people became champions in their lives, because they believed in the power of the mind to realize their fitness goals, which they were otherwise told or believed to be nearly impossible.

From an Oldie To Being A Goldie

Toni Grassia is a marathon runner. You’ll be amazed by what he has to share. 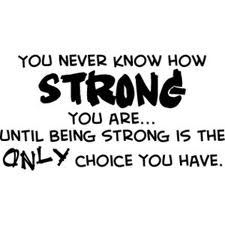 “In April, 2010–at age 57–I decided to take up running. I had never run a day in my life. I wasn’t exactly a couch potato–but I also wasn’t an athlete. When my best friend–a lifelong runner and now my main running buddy–took me out for that first, tentative 2-mile run, he thought he was going to have to call the paramedics! I was huffing and puffing…”I can’t do this….” But, I made it back to my house on 2 feet–and it felt pretty good! That was the start of a new day for me.

By September, I was ready to compete in my first race–a 5K that I completed in just over 24 minutes. In November, I competed in a Thanksgiving Day Turkey Trot 5K–and despite the fact that I fell, I picked myself back up and crossed the finish line in just over 23 minutes. In May, 2011, I ran my first half marathon–crossing the finish line in under 2 hours. I completed 2 more half marathons that year. And then, in 2012, I did the impossible–I ran the Atlantic City Marathon–all 26.2 miles of it! My goal was to finish in 5 hours…I crossed the finish line in 4:48.

Not bad for an old timer, eh? And all because I finally told myself that I COULD accomplish something I thought was far beyond my natural abilities. Running and the mind over matter that has gotten me here. I now know that I can accomplish anything I set my mind to.” 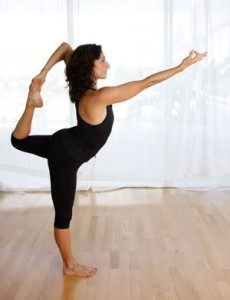 The next story is about Suzzane Strisower, Life and Career Coach, who tells us how she became the yoga queen.

“Less than 2 months ago, I started working out doing iyengar yoga and was tremendously brittle and inflexible. I feel like my teacher also adds some really interesting intentions on focusing on particular parts of the body to open it up and help it become more flexible. Also I ran energy through my body and now I can bend straight and put my palms on the ground and stay in that position indefinitely. I’m also swimming over half a mile a day. Mind over matter absolutely works and I look forward to being able to turn myself into a pretzel at 60 years old.”

The Woman Who Storms At The Word GO

The last story is about Sharon Rosanblatt who totally subscribes to the Mind Over Matter philosophy when she runs and this is what she told me. 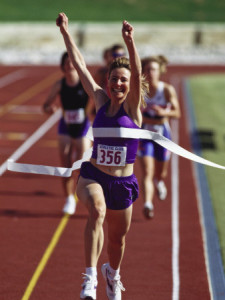 “I do believe that running is about 90% mental and 10% physical. There is no godly reason why I should be able to run as far and as much as I do, since genetics are totally against me. I’m five feet tall, a little more ‘top heavy’ than most athletes, and let’s face it, I’m a woman.

I don’t let that dissuade me. I’ve run two marathons and 50 other long distance races-way more than some of my more athletic male friends. I have guy friends who can run faster and lift more than me, but they’re scared to hit up the long distances. With my positive attitude, I end up being more fierce than them. Plus, with my can-do attitude, I’m able to convince myself I’m capable of more, and can bust through some of the aches and pains.”

Our Thoughts Shape Our Actions 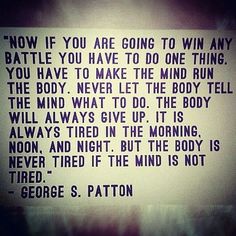 What ever we have achieved so far is a visible result of what we have conceived in our mind. There is no denying that our thoughts turn into reality which is why our dream projects turn real, whether in the form of a successful career or a brilliant physique.

I am a true believer of “mind over matter”. According to me, our beliefs are the architect of our experiences. Nothing ever happens unless we believe it can.

Use this philosophy to make those changes you have always wanted to see, Forget your past failures and focus on how you are going to feel when you achieve that bikini body or curve out those six pack abs. Keep your goals in front of you everyday so as to remind yourself that you can.

Do share your thoughts on this below. A single thought can inspire millions of lives. –Shyamali Sharma