How Safe Are Your Lungs From Alcohol?

How Safe Are Your Lungs From Alcohol?

Is Your Playlist Directing Your Thoughts?

Is Your Playlist Directing Your Thoughts? 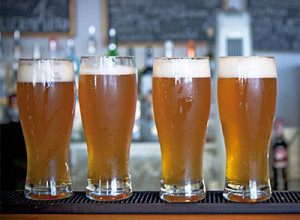 Will it surprise you if I say that the first Thanksgiving Dinner didn’t include turkey or mashed potatoes, but probably wine or beer? At least, according to popular myth.

Another tidbit, in  case you didn’t know. The melody of United States’ national anthem, “The Star Spangled Banner” was borrowed from a song which talks about the virtues of wine. Surprising, isn’t it?

In case you begin to wonder, let me put my point straight. These facts and myths, invariably, signify alcohol to be a part of the United States’ culture. In fact, its a drink to flush away everyday woes, for some, while for others, its a drink to raise a toast.

After reading this, the need to count your  intake might add up to your ‘to do lists’ . Because, whether you’re drinking to relieve yourself from stress, or to party, the effect of excess drinking on either occasion is the same, lethal.

The Center for Disease Control and Prevention ranks alcohol as the 3rd leading lifestyle related cause of death rounding up to approximately 80,000 deaths a year. Often ignored and justified as the dependable drink,  consuming it too much can actually cost you your life in the long run.

Heavy drinking, of course has its consequences. It causes serious damage to your body’s most vital organs. It damages your liver and increases your chances of developing heart disease, pneumonia, skin cancer, and acute respiratory problems.

The alcohol unit defined the United states is equal to 14 g alcohol or 17.7 ml alcohol.[2]

In this article, I would like to shed light to one more reason why you should refrain from excessive drinking.

The Science behind this theory

Heavy alcohol intake essentially affects our liver by interfering with its performance. To counter the toxins, liver produces fat cells which damage it eventually.

What happens is, in course of heavy drinking, fat cells are produced at an increased rate which get accumulated in the liver since the blood filled with alcohol passes through the liver first, then the rest of the body. The excess fat accumulates in the liver and causes scarring and then inflammation.[3]

Recent research conducted in Thomas Jefferson University suggests that just like the liver, excess drinking also causes the lungs to collect excess fat which might lead to the development of lung cancer.

In lungs, the fat is secreted by the inner lining which lubricates airways while breathing. The excess fat gets stored in the surfactant cells (on the surface) of the lungs as well as in the lung macrophages (a type of white blood cell).

According to the researchers, these immune cells tend to engulf the excess fat to protect the cells in the lungs, but in the process they become weaker and less effective in countering them thereby damaging the lungs.

The research, however, did not mention who is at more risk, the smokers or the general population. 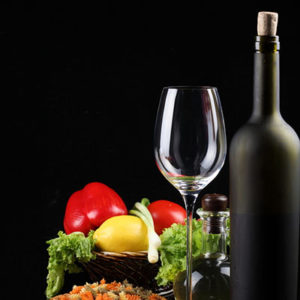 The more the merrier fits so well when you’re drinking to a friend’s  job promotion or during get-togethers like Thanksgiving and Easter. However, no matter what the occasion is, only few of us make an attempt to mark our number of drinks during our celebration journey.

You might have realized that the recent study only highlights one more reason as to why you should refrain from alcohol abuse. By that I mean, excessive drinking strictly.

Light to moderate drinking should not be a problem if you are complementing your dinner with a glass of wine.

Surprisingly, it is the idea of an ideal Mediterranean diet.

My idea of sharing these possible health consequences with you is by no means to create a sense of terror, but only to make sure that you enjoy the perks of life without risking your health.

As aptly said by Epicurus, “Be moderate in order to taste the joys of life in abundance.”

Now, enjoy reading: To drink or not to drink – Fun facts about Alcohol