7 Inspiring Bodybuilding Shows to Watch at Home on Amazon Prime

7 Inspiring Bodybuilding Shows to Watch at Home on Amazon Prime 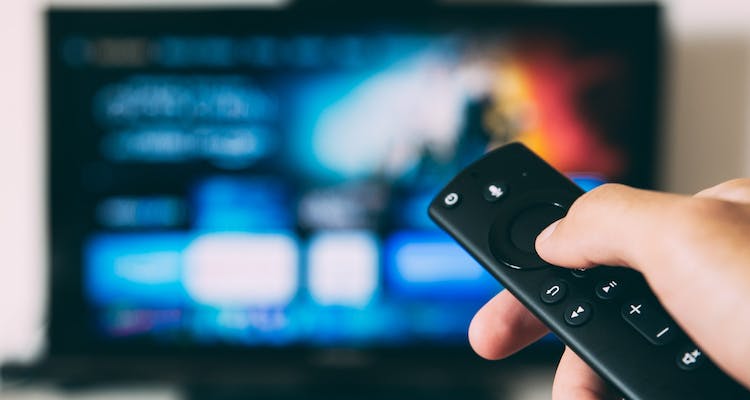 The Covid-19 brought the world to a standstill as all activities seemed to be at a standstill. This has affected many commercial hubs and numerous sectors. One such industry has been the fitness industry, as the centers were shut down following the social distancing norms.

As a result, people of all age groups involved in fitness training had no zeal to work out and an eventual lack of intent to maintain fitness. However, technology has taken over every significant aspect of the modern world. It has influenced lifestyle choices. People now tend to spend their time binge-watching web shows and movies online. Moreover, digital platforms such as Amazon offer the motivation for ways to adapt to a healthier lifestyle.

There is a range of fitness-related content available on Amazon Prime that can keep you motivated during the pandemic. Further, you can stream the content on TV with its Firestick. Are you worried about the geo-blocked content which you are unable to access? You can use Firestick VPN to overcome this issue. A VPN creates a safe encrypted tunnel away from any prying eyes, thereby letting you bypass the blocks. This can enable you a gateway to watch your favorite shows from all across the world that might not be available in your area. With that being said, given below are shows suggestions that might inspire you for maintaining fitness.

The American Weighlifting, a documentary released in 2013, gives insights on the endeavors and hardships of athletes and coaches, of the U.S. in competition against international professionals. The director Greg Everett, a weightlifter himself has emphasized the Olympic sport of Weightlifting. It brings the passion of athletes to work towards their passion irrespective of the hardships on the way. It could be great motivation to challenge your instincts against all the odds.

The 2015 release documentary is based on Rich Froning’s life and his insane training schedule. It has brought the determination of Froning to the limelight while he was preparing for the 2014 edition of CrossFit games. He aimed to achieve his 4th consecutive title in a row. The film also gives insight into the personal life of Froning, emphasizing his ups and downs. It is a motivational rollercoaster watch for fitness enthusiasts.

This 2008 release documentary takes a dig into the dark side of bodybuilding, giving an insight into reality. There are special observations of steroid abuse. It creates the dark scenes of steroid use as performance-enhancing drugs in the United States. The subjects of this documentary, Smelly and Maddog are the brothers of director Chris Bell. This show puts a highlight on the irony of the portrayed American mindset opposing the use of drugs.

The documentary film was released in 2012. It is based on MMA, which was then gaining some recognition in 2011, and showcases the life of an MMA fighter. It is based on Chad George, portraying the sacrifices that made him successful. The film highlights how he subjects himself to physical, mental, and emotional conditioning to prepare for the final fight night. It could be a great watch, especially if you need preparatory tips to exercise for mind and body simultaneously.

It is based on its modern counterpart PumpingIron. Released in 2013, and 2017 respectively. Its parts feature several prominent bodybuilders, such as Phil health and Kai Greene. There has been an emphasis on how they built their dream physiques. The first part focuses on the 2012 Olympics, while the 2nd part explores the impact of social media influencers on the world of bodybuilding. This series is a treat watch for bodybuilders lovers.

Muscle and Medals, the 2017 film, focuses on the ups and downs of IFBB pro-Romane Lanceford. It portrays the start of his career with a promising future in bodybuilding. This takes a rollercoaster ride, with highlights on how his life takes a U-turn due to a foot infection. It puts his career life on the verge of extinction. There has been a clear message of how despite falling for losses, faith is the last thing that can help you survive and reach the pinnacle of success.

It is a 2017 released film. Born Strong portrays competitors Eddie Hall, Brian Shaw, Zydrunas Savickas, Hafthor Bjornsson, and how they try to win the Arnold Strongman Classic. A great watch for weightlifting enthusiasts; it shows how the seemingly impossible can be achievable with the correct perspective. It is a treat to watch for fitness and bodybuilders.

Fitness and motivation are the two tracks of a plane that complement each other. The much-needed kickstart for getting back into the groove can be by watching something that inspires. Tomorrow, begin with a good watch to set up the tone for a busy day. It can be the much-needed push towards mental wellbeing and clarity of thoughts. So, choose the most worthy way to manage your time and regain your fitness levels, which in turn can keep you rejuvenated throughout the day.