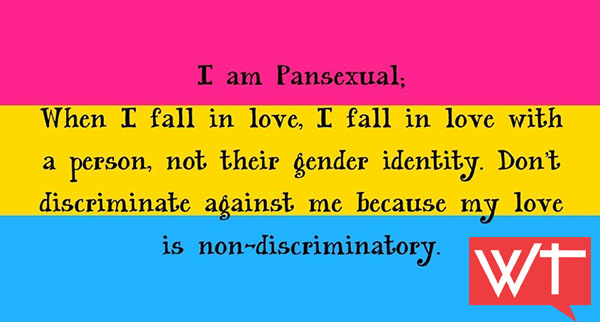 This article was surely not a planned one. Until WorkoutTrend’s authors, Siddharth and Mansi had an aggressive chat on Google’s Hangouts regarding the ‘sensitivity of being a homosexual‘. So, what follows is a piece for everyone. Either unconcerned or the concerned citizens for the truth.

Siddharth: Hey! Did you hear the news of  The Indian Supreme Court, re-criminalizing gay sex by upholding the constitutional validity of Section 377 of IPC??

Siddharth: They are basically against the section 377 of the IPC which criminalizes any act which goes against the conventional practices of nature. In other words, anything that’s unnatural. So its the homosexuals that they are targeting.

Mansi: As far as I know, they are passing the ball in Parliament’s court. It’ll be debated over there and only then will its fate be decided. But what irks me, is the way how somebody’s sexual preference has been made a matter of national importance, that too, of what? Paramount measures!! What do they even mean by it ‘not being natural’? It has been existent since ages, right?!

Siddharth: Yes! we have mentions about this in our ancient scriptures. And not only in India, the existence of homosexuality has it roots enveloped all over the world. So natural or unnatural is a point as lame as anything to tag this act of practicing same gender sex as a sin or even worse – a crime!

Mansi: True that! And if its against nature, then we should let nature punish them in its own way. But what I observe is, that if it had really been so against nature, it should have been swept off through the evolution by now. [1]
Its a clear implication of homosexuality’s existence to be of relevance for human species in some way or another…otherwise we would have lost homosexuality just like our monkey tails or may be excess body hair.

Siddharth:  I couldn’t agree more! And you know what, they’re accusing this act as unnatural just on the grounds of spreading communicable diseases like AIDS/HIV. So this implies, in the days to come, we’d hear news of even the heterosexual sex being banned. Why? Because people are being affected with HIV/AIDS.

Mansi: But Siddharth, a study conducted by Centre for Disease Control (CDC) indicated that HIV/AIDS cases are 50 times more visible in homosexuals rather than heterosexuals [2]. So, it could be because of this reason. But, I don’t think they would ever ban it all together. I mean people are gonna burn the law makers in their beds for doing this! 😀

Siddharth: Believe me, I’d be eager to witness the scene. Jokes apart. Okay! so considering the fact you mentioned, I think it calls for an obvious reason for not criminalizing gay sex. Imagine a scenario where a gay suffering from HIV goes to seek medical assistance and in turn finds himself behind the bars for practicing an unnatural act of sex. How under the court of law, do they expect to eradicate HIV/AIDS by instigating a feeling of fear in people to even go and get themselves diagnosed??

Mansi: That’s one valid point you’ve made. We rarely view things from this perspective. And I think, this will only boost the social stigma of being on the other side. Fanning air to even more discrimination. Okay, let’s first try to figure out the science behind this so-called “unnatural” sexual orientation.

Siddharth: Bingo! That is what I have been doing all this while. And all that I could comprehend is that being gay is neither hereditary, nor genetic, and not even remotely psychological. Its actually a complex interplay of all these concepts.
Also after all that internet could assist me with my research, there’s one thing I can say. No science under the sky, could, till date, prove the actual origin and roots of homosexuality in human beings.

Mansi: Yes exactly. That’s mainly because its not possible to replicate or actually test the basis of such hypotheses. And then they coin terms like ‘Gender Identity Disorder‘. Like Wow! A problem with identity??

What they fail to understand is that a ‘homosexual’ person is not confused about his/her gender. Just that, they feel attracted towards the same sex.

Siddharth: And Gays/Lesbians/Bisexuals or transgenders at no cost are at fault. There’s this study which vaguely explains the reasons why only few people are homosexuals and not all. It exposes the concept of Epigenetics. Which states that homosexuality, even though not hereditary, its still passed onto the child from his parents. Elaborating further, a boy supposedly gets such ‘epi-marks’ from his mother while a girl from her father. [3]

Mansi: I’m actually reading a study which seconds what you just said. It states that a child’s sexual orientation depends greatly on the early uterine environment.[4] I think religious groups which proclaim that homosexuality is a result of a lifestyle of self-indulgence, that people are getting sexually “experimental”, are really in dire need of this scientific ‘gyan’. Anyway my point is, if not the world, at least their families should accept and support them.

Siddharth: Yes! that is what I feel. Homosexuals are absolutely aware of who they are. Its their families and heterosexuals who need to understand that Gays were never given choices. They were born that ways.

Mansi: Here I think you must read what a scientist named Simon LeVay has to say about this.

“The scientific knowledge currently available does bolster the idea that gays and lesbians are distinct ‘kinds’ of people who are entitled to protection from discrimination. But I also believe that there would be plenty of reasons why gay people should be accepted and valued by society, even if being gay were proven to be an outright choice.”

Since, no study actually supports them, nor falls against, people form opinions about this being a choice. And, even if it does boil down to ‘choice’, homosexuals hold every right to voice it.

Siddharth: And to top it all, watch out the irony! Right after the Human Rights Day, they snatched away the very right to choose.

Mansi: HaHa! Not to forget, the slow demise of Right to Equality it’ll lead to. In just one day, we stepped into a society ruled by dogmas. I hope Parliament takes decision in their favor.

Siddharth: The feelings are mutual, Mansi. Also, If there’s only one person reflecting the traits of homosexuality, then there could have been a possibility of some fudge. How under the sky could so many people follow the same. And even if anyone chooses to alter their sexual preference (as said by many – that homosexuals CHOSE to be homosexuals), Nobody should be bothered with this. Unless and until, gays pose any problems for them.

It is really saddening to bring it to our realization that during the times when the world, is busy debating over the origins of the universe – its ‘Higgs Boson’ I’m referring to. Or contributing in the enhancement of technology, we, the Indians are busy feeding our jails with innocent people, out of baseless reasons.

These Homophobs need to go fetch a life of their own, and let gays live freely in the so called free-world.

Mansi: Yeah! Leave rape cases, farmers committing suicides, child abuse, corruption and terrorism. We’ll concentrate our time, attention and all energy on Homosexuality, ‘coz its way more important! (that’s what lawmakers are thinking, i guess). Anyway no point in ranting over here. Let’s just watch out for the Parliament’s discussion. Hope things go ‘sane’ there!

Note To Our Dear Readers:

P.S. We might have unknowingly used some words that may have hurt your sentiments. But, just know we had no deliberate intention of doing so, and seek apology for the harm.

P.P.S. We love ‘hate mails’, but only those which have some valid points to prove their stand!

Participate in the Poll:

Other Interesting Reads Covering the News