How to Choose A Nebulizer?

How to Choose A Nebulizer? 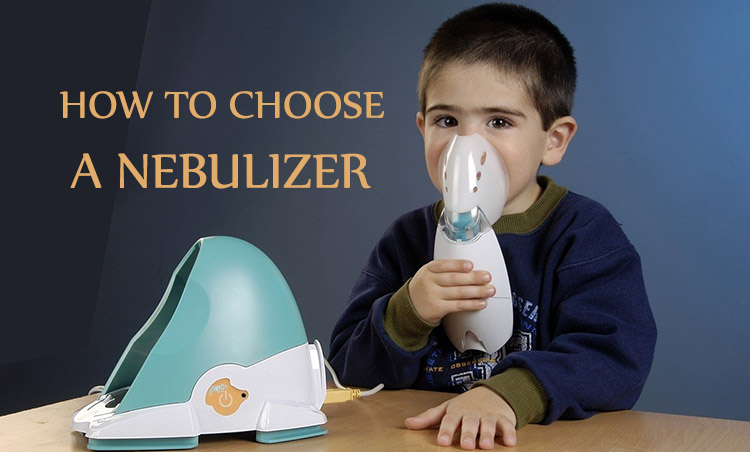 Have you seen the oxygen mask along with a steam providing diaphragm worn by asthma patients? A layman might call it an inhaler or may be an oxygen mask. But technically it is called a Nebulizer. A nebulizer is a machine that uses compressed air to deliver asthma medicine a wet mist that can be inhaled. Nebulizer uses oxygen or air to break medical solution and suspends into small aerosol. An aerosol is a colloid suspension of fine solid particles or liquid droplets in a gas. Examples are clouds, and air pollution such as smog and smoke. It is used for treatment of some critical respiratory diseases but often for asthma treatment.Going through a glance, the initial nebulizer was first designed in Germany and used Venturi principle for atomization of liquid medication. Let’s not go deep into the hush hush history. People do confuse between inhaler and nebulizer. An inhaler or puffer is a medical device used for delivering medication into the body via the lungs. It is mainly used in the treatment of asthma and Chronic Obstructive Pulmonary Disease (COPD). So a nebulizer can work as an inhaler at times but an inhaler cannot act as a substitute to nebulizer because of their scope of use. Lets see how a nebulizer works.

1. Working of a Nebulizer

The mechanism of nebulizer is simple to understand. Nebulizers accept their medicine in the form of a liquid solution, which is often loaded into the device upon use. The reason these pharmaceuticals are inhaled instead of ingested is in order to target their effect to the respiratory tract, which speeds onset of action of the medicine and reduces side effects, compared to other alternative intake routes.  Usually, the aerosolized medicine is inhaled through a tube-like mouthpiece, similar to that of an inhaler. The mouthpiece, however, is sometimes replaced with a face mask, similar to that used for inhaled anesthesia, for the ease of young children or the elderly. Mouthpieces are preferred if patients are able to use them since face-masks result in reduced lung delivery because of aerosol losses in the nose.

There are many different ways of medical treatment. One of the most ancient is inhalation that could be done with the help of special equipment.

In the course of time, appeared definite devices for making inhalations and they are called nebulizer machines. They can be used for medical treatment of the upper and lower respiratory tracts.

Nebulizer machine is the so called inhaler that transforms definite solution into the aerosol.

3. Advantages of A nebulizer over traditional medicine inhibition

It is the most common and widely used nebulizer machine. The wide range of its use makes it most widely preferable for common respiratory problems. But being too handy brings restriction as well. It produces high level of noise and cannot be used for more than 10-15 minutes. Being low cost makes it popular among the customers.

Not every second person would think of buying this one. The transformation of the pharmaceutical substance into the aerosol happens under the influence of ultrasonic waves. Not all medicines are suitable for this type of nebulizers. Hence its usage is restricted as it shouldn’t be used with hormonal and antibiotics as their structure get destroyed. The device is easy to carry and has zero noise level. But being not so user friendly makes it unpopular among the users.

Mesh nebulizer, commonly known as mesh inhaler sometimes get confused with ultrasonic inhaler. Unlike ultrasonic nebulizer, it does not destroy the medical structure.

Nebulizer is being recommended for asthma treatment by many international agencies. The Canadian Pediatric Asthma Consensus Guidelines and United States Guidelines for Diagnosis and Treatment of Asthma each recommend metered dose inhalers in place of nebulizer-delivered therapies. European Respiratory Society highlighted a risk relating to dosage reproducibility caused by selling nebulizer devices separately from nebulizer solution. They found this practice could vary dosages 10-fold or more by changing from an inefficient nebulizer system to a highly efficient one.

Next time you go out to buy a nebulizer, make sure you buy the correct type according to the requirement of the patient. Or do not mistake between an inhaler and a nebulizer. That’s all folks!

Share your experience with nebulizers of various brands here.