Hatha Yoga – The Yoga Of Breathing

Hatha Yoga – The Yoga Of Breathing

How To Do LR: Resistance Band Single-Arm Chest Press???

How To Do LR: Resistance Band Single-Arm Chest Press??? 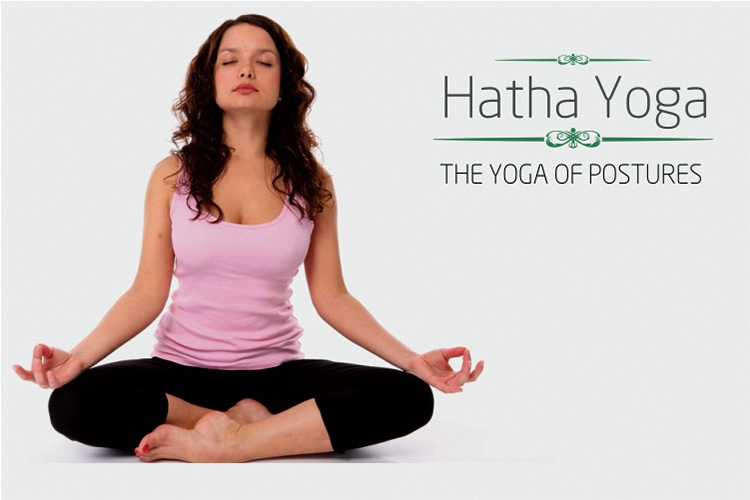 Hundreds of thousands of people visit spa regularly to massage stress off. To sleep at night or to ward off anxiety attacks they gobble in pills, but when it comes to abiding to a yogic lifestyle that promises to alleviate all these, they complain, “I didn’t sweat. My body doesn’t hurt. Felt like a waste of time.” What load of bull!! Why does everyone wanna beat themselves up in name of exercising? Though in utter disagreement, I find such behavior rather oddly amusing.

I am really not here for people like that, so if you’re anywhere close to what I just described above, I suggest you leave. Rest, come along.

Today, I’m gonna talk about the Yogic form people know as Dual Yoga or Hatha Yoga. People often associate it to gentle poses with no flow in between. Now, ‘m sure you’ll be surprised to know that the term ‘Hatha’ literally means ‘forceful.’

Wondering what makes it gentle then??

What is Hatha Yoga?

‘Hatha’ is a general term encompassing many physical types of yoga. Iyengar is Hatha Yoga, Ashtanga is Hatha yoga and as contrasting as it may seem, Bikram is also Hatha Yoga.

The word ‘hatha’ came from ‘yoking together’ of diametrically opposite ‘ha’ and ‘tha’, which mean the sun and the moon, respectively. So, basically Hatha yoga represents coalescence of opposite energies – hot and cold, male and female, positive and negative, very similar to the Chinese concept of Yin and Yang.

When you bring together two completely opposite forces, the attraction is maximum but so is the need to snap out of it, because they don’t gel with each other. And hence, you require a persistence and great level of will to keep them together under one roof. That’s why Hatha Vidya is named so, forceful.

Objective: First, to master poses in which one is comfortable enough to sit for long periods of time. Second, to bring health and energy to body by opening of nadi or energy channels (these energy channels are a far cry from nervous system, don’t be confused – read more about them: Kundalini Yoga).

USP: Its slow-paced and gentle touch with no variation in the benefits.

Not much is known about the exact origin of this style but, The Hatha Yoga Pradipika written by Swami Svatamarama

in 15th century CE is known to be the oldest surviving scripture on this style. This book describes traditional Hatha yoga as a practice comprising of the following:

So technically, it attempts to balance mind and body through physical poses, purification practices, controlled breathing and calming mind. Covering mainly the third and fourth limb of yogic practice, it prepares you for the spiritual aspects.

I can’t do Yoga because I’m Christian

You cannot practice yoga because you are Christian. Aww…poor you. Feel sorry that stretching your pyriform and enjoying relaxing deep breaths will summon Demons to your soul.

Yoga has nothing to do with religion. Its a practice, a tradition, a lifestyle. It dates back to the time when Hinduism wasn’t even existent. If you feel Jesus is gonna curse you for chanting in Sanskrit, I suggest you book an appointment with psychologist. Anyway, you can practice using hymns from Bible or any rhythmic music.

While Ashtanga is visualized as the one of the more athletic and intense forms, Hatha has crafted a gentler image for itself. The yogis however know, that Ashtanga is called so because of the eight limbs of the yogic lifestyle it preaches. Hatha lifestyle, on the other hand, comprises only of six folds, namely – asana, pranayama, pratyahara, dharana, dhyana and samadhi. Thus, eliminating Yama and Niyama or the ethical observations of yoga. (Read about them in detail: Ashtanga yoga)

Who should do it : Anyone who wants to take life slow, frame by frame.

Who should not do it : People who don’t believe in yogic philosophy and neither have an open mind for giving it a fair chance.

What to wear : A form fitting or snug fit shirt with comfortable pants.

The poses will be simple that serve as an introduction to the basic yoga poses. Asanas teach poise, balance and strength and are held usually for 30-50 seconds, or even longer, based on student’s level. The transitions are slow-paced with more emphasis on the physical aspects.

The spiritual aspects are taken care of during meditation. Different kinds of Pranayama are conducted before and after the physical sequence is over, and form the means of merging the mental and spiritual aspects with the physically held poses. Hence, one must never miss Pranayama or ignore its importance. Its one of the six limbs after all!

The term ‘Asana’ translates to ‘seat’, which points to the position of the body both in physical terms and in relation to divinity. Asanas were designed to improve health, remove diseases and allow the person to meditate for long periods of time (Beginners are highly gonna doubt that).

Apart from these, there are inverted poses and Sun Salutations.

Not only that, Hatha Yoga has been accepted by researchers as an effective system of alternate medicine for treatment of depression and stress[3].

Read: No Stress Reliever Like Yoga – Interview With Stephanie Mansour

Though all these benefits are quite evident from the very first class, but the teacher plays a massive role in how easily and how efficiently you reap these benefits. No matter how much difficult it may seem to work hard and stay steady at the same time, with a good teacher its an easily attainable goal from the first go. So you must choose your class and the teacher wisely. This article might make your search a little less laborious: How To Find The Right Yoga Teacher

The west understands Yoga as a mode of physical fitness, some have also described it as an effective relaxing strategy. But only a true devout understands its much more than that. While all exercises help you work out, Yoga works in, taking route of the body, it reaches your mind and houses in your soul.

So, book a class today and know yourself what “being washed over by peace” means.