Facts About Energy Drinks For Sports and Workout

Facts About Energy Drinks For Sports and Workout 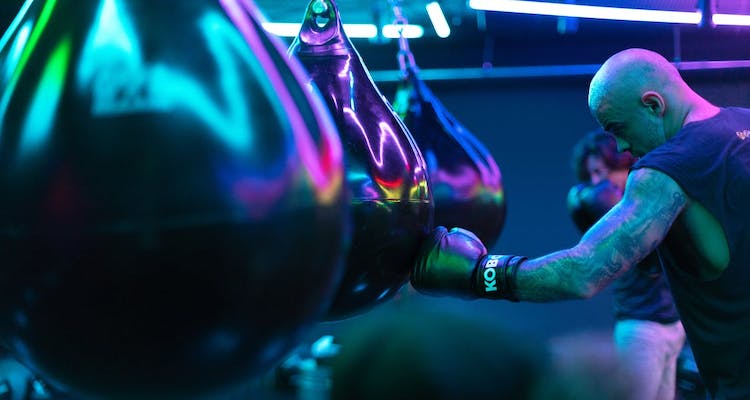 Energy drinks often catch a bad rap in health and wellness communities, and they aren’t always entirely wrong. The problem is painting the entire energy drink industry with broad strokes. So you might hear about energy drinks containing excessive amounts of caffeine sending teenagers to the hospital, and those stories are true.

At the same time, there are energy drinks that aren’t marketed to youth and are developed for health-conscious people with active lifestyles. So in this article, we’re going to clear up some facts about energy drinks and draw lines between good and bad energy drinks.

For many of the energy drinks, you’ll find lining supermarket shelves, the main ingredient is caffeine. The amount differs by brand and flavor. On average, energy drinks contain around ~150mg of caffeine but can be as high as ~400mg, or as low as ~90mg, and some energy drinks can even be “caffeine-free”.

It’s important to know that not all energy drinks are made the same, and so it can help to read a more comprehensive guide to energy drinks. That will help you to find energy drinks with natural and beneficial ingredients, rather than carbs and sugars.

Basically, caffeine helps to delay fatigue and improves cognitive and physical performance. Moreover, some studies show that caffeinated drinks do stimulate the nervous system. A minimum amount of caffeine before working out or training increases the endurance level and gives you a spike in performance.

Some energy drinks can be sugar-free

Energy drinks are commonly associated with high sugar and fructose contents. This can be true, but not always. There does exist “sugar-free” energy drink brands. If you’re sugar conscious or don’t need the extra carbs from high sugar content. However, an all-natural energy drink with natural fruit sugars could be beneficial in some cases.

Sports organizations restrict the consumption of energy drinks for athletes

This depends on the organization, and may not be necessary because energy drinks are “bad”. In the UFC for example, fighters are only allowed to drink water during fights, and the water is tested for performance-enhancing additives in the locker room. So it’s not that UFC fighters are restricted from energy drinks, but from anything except 100% pure water that’s been tested, to prevent cheating.

Other organizations like the NCAA haven’t outright banned energy drinks, but have banned some of the ingredients commonly found in certain brands. This is either for health concern reasons or not wanting athletes to use products that promote stimulant-like effects.

While energy drinks are sometimes said to give “short term” energy boosts, it really depends on how caffeine affects you individually. For some people, only a little bit of caffeine can make them jittery, and for other people, caffeine’s effects are hardly felt at all.

If you’re the type that isn’t sensitive to caffeine, that doesn’t mean you should double up on high caffeine energy drinks. You should still stay within the recommended caffeine intake limit for adults, and try to find other natural stimulant ingredients.

Caffeine can be mildly addictive

Caffeine is known to have addictive properties. You can build a dependency and tolerance to caffeine, and suffer slight withdrawal symptoms (headaches, anxiety, etc) if you suddenly stop.

But not all energy drinks contain caffeine as we’ve mentioned, so this is another reason to find good energy drink brands that lean towards natural ingredients and lower amounts of caffeine.

Energy drinks can cause dehydration

Carbonated energy drinks with fructose sweeteners can cause dehydration, which is detrimental to athletic performance. Avoid the energy drinks that mimic soft drinks, and go for natural energy drinks made from fruits and vegetable juices.

There are energy drinks with naturally sourced caffeine

Naturally sourced and plant-based caffeine gets attached to the antioxidants in the drink, which results in a slower caffeine absorption in your body.

A slower absorption means that you will not get a kick as you might expect with synthetic caffeine. In fact, this caffeine will be released in your body in a much gradual and slower way. This will give you extended and sustained energy. Also, naturally sourced caffeine doesn’t make you shake or jitter while working out because of the antioxidants.