How Can Exercise Help You Win The Battle Against Stress?

How Can Exercise Help You Win The Battle Against Stress? 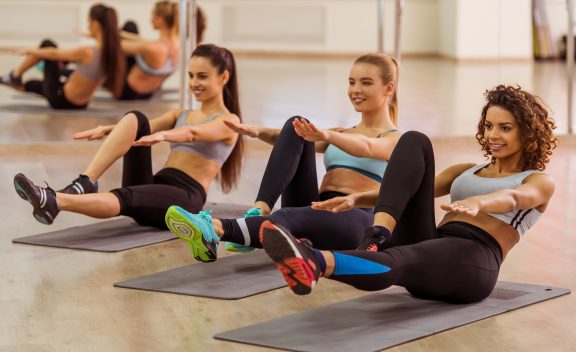 7 Healthy Foods That Boost Your Metabolism

7 Healthy Foods That Boost Your Metabolism

Americans, like people in many other countries, are reeling under stress in 2020, with recent research by the American Psychological Association showing that nearly eight in 10 adults say the current global health crisis is a significant source of stress in their lives.

The current situation is only the straw that broke the camel’s back. Prior to March 2020, the vast majority of Americans were already worried about aspects such as climate change, mass shootings, and health care.

If you are looking to relieve stress, exercise is a good place to start. It is one of many natural yet effective ways to lower (stress hormone) cortisol levels and can help keep anxiety and depression at bay.

The Protective Effects Of Exercise On The Brain

Yoga, Tai-Chi, and meditation are often touted as particularly powerful forms of natural stress relief, but if you prefer other sports and activities ranging from cycling to aerobics, know that they have beneficial effects on your stress levels too.

Research by scientists at the Karolinska Institute has found that training induces changes in the skeletal blood that purge the blood of a substance that accumulates when stress levels are high, causing harm to the brain.

Another study undertaken at Princeton University showed that exercise causes a spike in the activity of neurons that stop excitement in a brain region that works to regulate anxiety.

A third study published by the Society of Neuroscience, meanwhile, has shown that exercise lowers stress levels by increasing levels of a protein called galanin. This protein influences stress and mood in a positive way.

Exercise For Dealing With The Effects Of Stress

Exercise can be useful not only for reducing stress but also for dealing with its many effects. Stress causes pain in various parts of the body – including, for instance, the jaw.

People who are stressed are more likely to engage in detrimental habits such as bruxism (teeth gnashing and jaw clenching). Many wake up with pain and stiffness in the jaw muscles – a sign that they may need a mouthguard as well as more effective ways to battle stress.

Those experiencing stress-related pain should consider daily physical activity as a way to reduce the likelihood of bruxism. They can complement workouts with exercises to soothe jaw pain. These exercises are simple and are centered on stretching the jaw slowly to loosen muscles that have been tightened through frequent clenching.

The Long-Term Benefits Of Exercise

Exercise not only helps you deal with short-term stress. Researchers at the University of Maryland have found that it may also protect you against future emotional stress.

The researchers stressed that exercise can play an important role in helping people battle daily stressors and anxieties.

The year 2020 has been stressful for people across the globe, but prior to the health crisis, say researchers, stress levels were already unacceptably high in the U.S.

To battle stress, holistic activities like yoga and meditation are particularly useful. However, physical activities such as running, cycling, and even walking in the great outdoors all have powerful effects on the brain in the short and long-term.