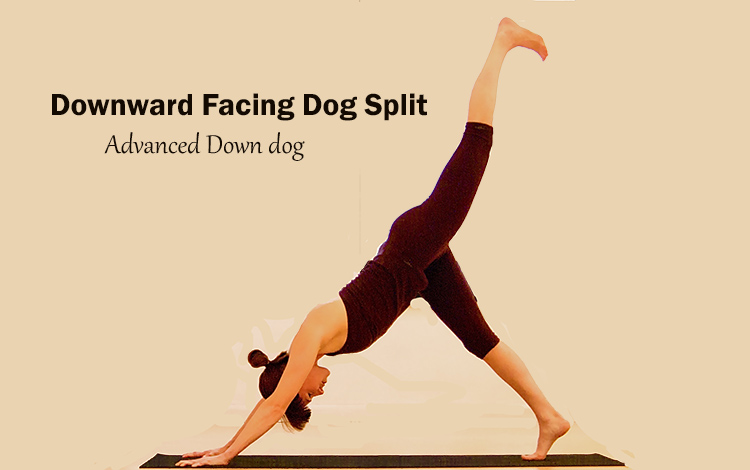 What All You Should Know About Minerals And Vitamins?

What All You Should Know About Minerals And Vitamins?

One legged Downward dog or Three legged Downward facing dog or simply Down dog split, (Eka Pada Adho Mukha Svanasana) is a modified and advanced level of the Downward dog pose. This inverted but standing pose which begins as seated version, provides relief in sinusitis and strengthens nervous system. It is a full body pose like Sarvangasana, with major focus on stretching the back and hamstring. The pose forms one of the fundamental poses of the Sun salutation series, Surya Namaskara, where it is done twice.

Its major benefits lie in opening of hips (pelvis) and strengthening upper body. The pose like Down dog, is highly effective in strengthening ankles, toes and knees while stretching the shoulders, back and calves. It lengthens the muscles, thus, increasing the range of motion and flexibility. It is also have been found very useful for women with menstrual problems and people with constant complain of indigestion.

2. Getting in the pose

What you need: Room with fresh air (if you’re doing it inside, otherwise do it in open area), and you.

Drishti or Gaze: While performing this pose, concentrate your gaze in between your toes.

If you feel exerted, rest in Child’s pose.

Anti-gravity Dog: Try doing it first by lying on your back, and raising one leg up in the air straight and perpendicular to floor, or you can first master the preparatory poses and then move on to it.

You can also choose to do the Iyengar variation of this pose and later get into the full pose without the usage of any kind of props.

1. How Do I Get Toned Fast and Easy

2. How To Pick Perfect Yoga