What Too Much Of Cardio Could Do To You

What Too Much Of Cardio Could Do To You 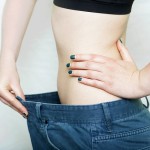 We have heard of fashion trends and how it changes every fortnight or every day. Well, you know what it’s not just fashion that changes every now and then. Our eating trend changes too. Yes, I know. It sounds absurd right?

It sounded the same to me too when I first read about it. Through the ages, history has witnessed celebrities and most of the population following diets trends which range from the yummiest foods to just air and sunlight.

Some of these diets are shocking and all you can wonder about by looking back at them is, “Why would I want to do that?,” while some of them would make you say, “Bring it on.”So let me introduce you to 7 of such diets in this first part of my series.

I am sure you would want to give these diets a go ahead. After all who does not love food and if it is possible to diet with yummy, scrumptious food, then why not. However I would suggest you think again before you try. Let’s have a look at these diets. 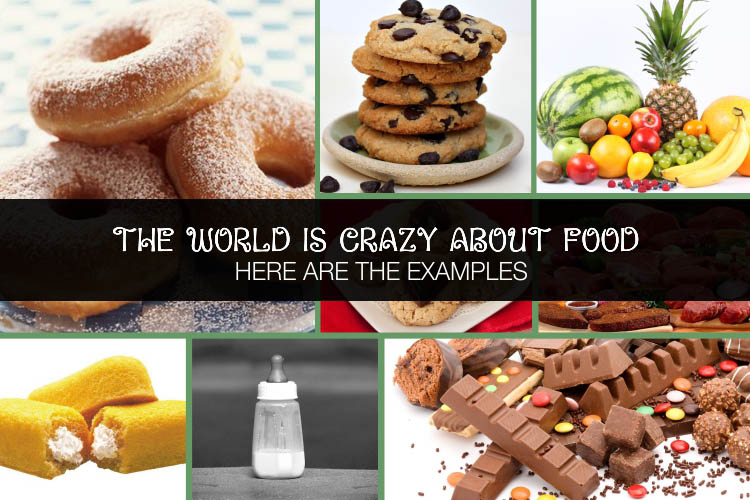 7 Crazy diets which can make you drool 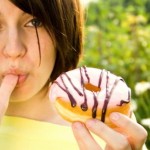 The donut diet is one of the yummiest diets to have ever been suggested and yes, it’s exactly as the name cites. We get to eat only and only donuts all day long.

The Donut diet trend was introduced during 2011 when a group of doctors from the University of Miami discovered that it was the best way to shed pounds. Imagine what an amazing news this is for donut lovers.

This diet was designed for people who wanted to lose weight, however, without sacrificing their favourite desserts.

This regime falls under the nutrition group which does not restrict the dieter from eating as many donuts as he/ she wants, as long as he/ she drinks only water and does not consume any other food. This regime focuses more on not consuming much calories, as one of the doctors claimed that donuts are 65% air, rather than focusing on eating healthy.

When discovered, Scientists at the University of Miami declared that the Donut Diet was not for people who wanted to lose weight slowly and steadily during the course of a year.

This diet is only for people who wanted to lose great amounts of weight in a shorter span of time.

Why is it Crazy? : If you are planning on taking out this diet because you are drooling all over at the mention of donuts, I would personally suggest that you get a complete check up with a health professional before doing so. This could be a great stress increasing diet and also cause you diabetes. So are you really asking why it’s crazy?

We all know twinkies to be small finger- shaped sponge cakes which have a cream filling inside it. The twinkies were first introduced or created during the 1930s by a bakery manager in Illinois.

The origin of when the twinkie diet started is unknown, however, in 2010, a professor from Kansas State University, Prof. Mark Haub undertook a diet of Twinkies, Oreos, and Doritos in an attempt to demonstrate that in weight loss, pure calorie counting and not the nutritional value of the food is what matters most in the same way as the donut diet.

The professor lost 27 pounds over a period of two-months also keeping his BMI under normal range.

A single finger of Twinkie consists of 150 calories each and eating nothing but Twinkies could make one to lose weight. The twinkie diet is something similar to the chocolate diet and the dieter gets fed up of it soon.

Why is it Crazy? : I do not know about you but I’d like some spice and salt in my food rather than sugar in it. I am already feeling sick thinking about sweets. I find this diet crazy for the same reason as I find the donut diet.

When I say Paleolithic then I am talking about the time of the cavemen and their eating habits. This diet encourages the dieter to live on a diet of wild plants and animals that our forefathers consumed around 2.5 million years ago.

This diet is supported with the debate that even though humans during the paleolithic age ate raw meat and wild plants, they were still always free from illness.

The diet consists of lean meat, fish, vegetables, fruit, roots, and nuts but does not include grains, legumes, dairy products, salt, refined sugar, and processed oils.

Why is it Crazy? : We do not live in the paleolithic age anymore. It is note worthy that 2.5 million years ago animals and veggies were chemical free too! The Agricultural Revolution introduced toxins into the food chain some 10,000 years ago which really does not make this diet a very healthy one until and unless you have your own kitchen garden and farm.

Ayds Appetite Suppressant Candy was a popular weight curbing product during the 1970s. These were chocolates in the box which resembled pills, however, giving pleasure to the dieter which pills do not.

This box of chocolate came in a variety of decadent flavors however, when the AIDS epidemic hit the world during the mid-1981, the name of this chocolate caused the sales to drop to the extent that it had to be removed from the market.

Why was this crazy?: The discontinuation of this chocolate from the market was the best thing that happened in case you wished it never happened. I say so because the chocolate contained phenylpropanolamine (PPA), which at present is only available by prescription because it can cause a stroke in women.I’d rather be plump and alive rather than have a stroke.

The Cookie Diet, another diet for the sweet tooth and taste buds was developed by Doctor Sanford Siegel, MD.

Dr. Siegel made cookies at home when he intoduced this diet and they contained natural hunger-suppressants such as oats, whole wheat flour, rice, and bran. However though this diet is recommended by a health professional, it is not one of the healthiest.

This diet lacks the optimal amount of nutrients that the body needs everyday even though one is dieting on these homemade cookies suggested by Dr. Siegel. People on the cookie diet can eat cookies the entire day, and they follow the same regime as the donut and twinkie diet.

Why is this crazy: As I said previously surviving only one type of food is equal to starvation. If I try real hard a person on any one of the sweet diets I imagine a zombie who is brain dead. Our body needs nutrients, not just one kind but several. So yes this is a crazy diet.

This diet is most famous amongst the stars of Bollywood from Reese Witherspoon to Lily Allen who are all rumored to be fans of this diet. Designer, Hedi Slimane, made the diet famous when she stated that meals substituted with small amounts of baby foods leads to a slimmer waistline.

Jennifer Aniston is known to pack her pantry  with baby food and while she was shooting for a film with co- star Adam Sandler, she was seen having around 14 servings of baby food throughout the day.

Why is it crazy? Baby food is made for babies and though it is healthier than having junk food, it loses out on food that adults love- scrumptious, fibrous, and crunchy food. At some point of time we will be fed up of this trend too and once we return to the usual adult diet our pounds will return.

The two famous fruit and vegetable diets are the Grapefruit diet and the Leek diet.

The grapefruit is also called the Hollywood Diet or the 18-Day Diet which gained its fame during the 1920s. Whoever follows this diet eats grapefruit, lean meat, and vegetables during each meal allowing only  a cup of coffee during each session. Snacking during this diet is a complete no no.

A study by the Scripps Clinic in 2004 concluded that the enzymes in the fruit helps reduce insulin levels and increases the chances of weight loss because of which it regained popularity.

Another crazy diet is the Leek diet or the french diet. This another crazy diet which puts me in awe. The name for this diet comes from French women’s. French- American author Mireille Guiliano defines in her book French Women Don’t Get Fat, that French women have one of the best figures in the world.

She also recommends cleansing of the system by choosing cooked leeks and leek broth for a period of a week and then having a cheat meal with fish at the end of the week. Mireille Guiliano suggests that leek helps in losing all the excess water weight in the body.

My point of view is that though fruits and vegetables are healthy to lead a healthy lifestyle, the idea of consuming only 800 calories and depriving my body of all other essential nutrients is not my ideal healthy  diet. Plus, grapefruit reacts badly with most medications.

These weight loss ides are as crazy as others because they do nothing more than deprive us of a healthy life style.

So these are the 7 diets which can make you drool. I will return next week again with some more diets and they are going to be different. The objective of these diets is not to make you follow them. The idea of this article is to take you out of all this craziness. So please do not follow these diets. That is why they are called Crazy diets.