Metabolism – The Complete Guide To Boosting Your Metabolism

Metabolism – The Complete Guide To Boosting Your Metabolism 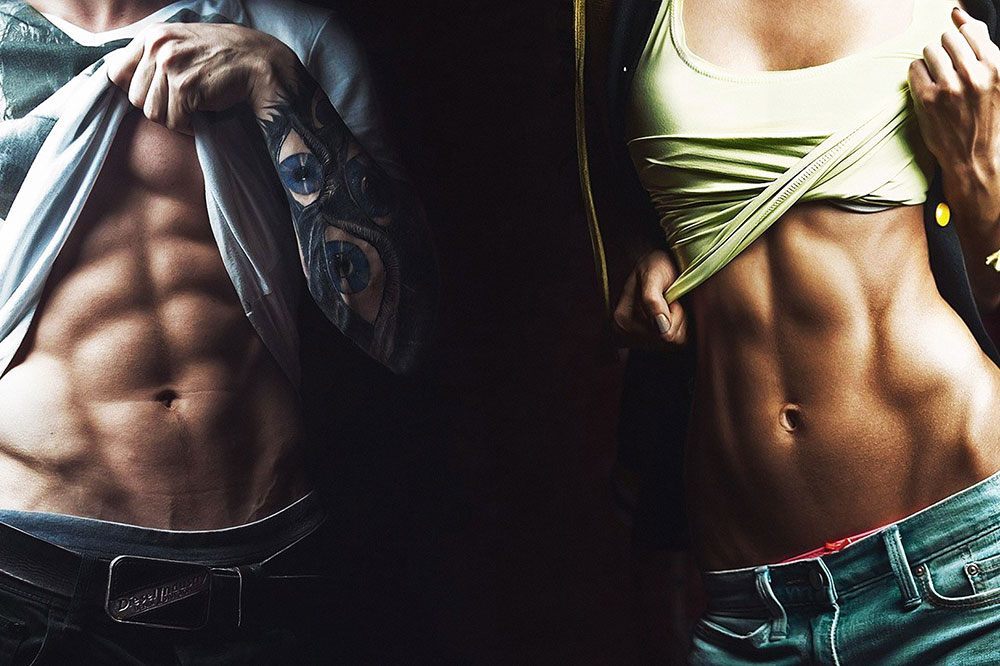 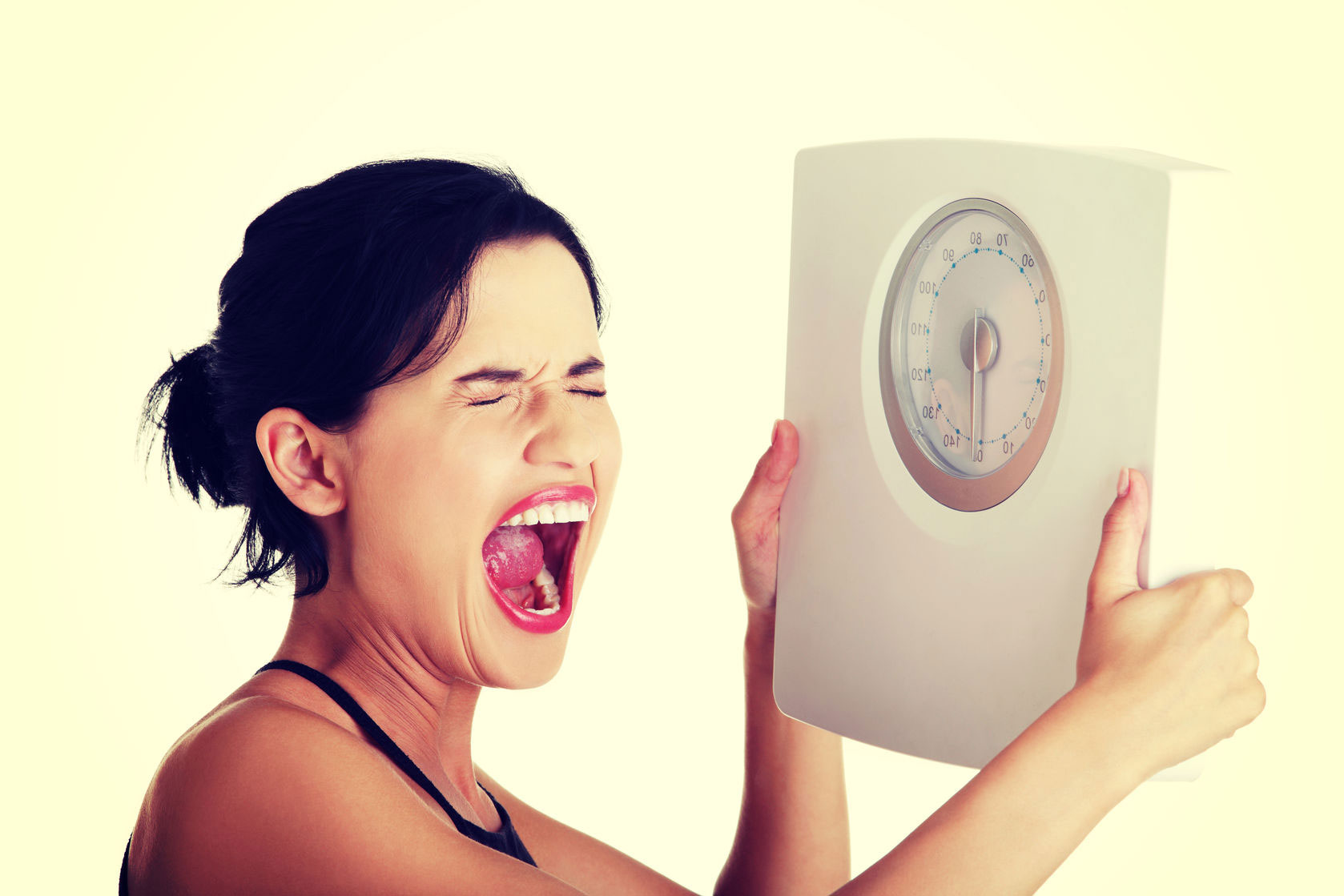 A slow metabolism is often the biggest hurdle when trying to lose weight.

So, I’m going to help you truly understand what this sadistic m-word, aka metabolism, actually means. After that, I’m going to give you tricks to manipulate it, aiding you with your weight loss attempts.

Once you understand how to manipulate your metabolism, when anybody in the workplace or elsewhere mentions it, instead of frowning and burying your head in your hands your eyes will sparkle, eyelashes will flutter, and you will be smiling in your thoughts.

The technical name for metabolism is Basil Metabolic Rate (BMR). Now, don’t let this term frighten you. It simply implies the number of calories that your body burns when at rest, over the course of a day.

The average American man has a metabolic rate that burns 1700 calories per day while the average American women burns around 1500 calories during the same period. However these readings don’t account for any exercise that an individual does throughout the week, as they are purely ‘rest’ calculations.

However, taking into consideration the fact that an average person does not remain seated or rested all day, here’s the average BMR for someone who performs light exercise, 1-3 times per week.

Keeping the above BMR in mind, according to the Harris Benedict equation:

There are several factors that determine how fast your metabolism is. Some of those factors are-

I haven’t invented a DeLorean just yet, so I can’t take you back in time, restoring a younger version of you to boost your metabolism. Additionally, neither can I offer you a job, so that you can quit yours, which mostly involves you sitting on your chair all day.

However, I do know some tricks that will help you to elevate your metabolism so that you can burn more calories every single day, effortlessly! 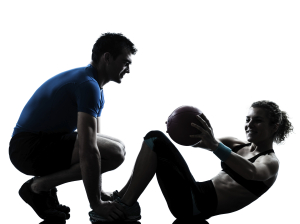 So we now know that men only burn approximately 10% more calories in a day as compared to women.

Let me tell you that this happens because men have a larger fat-free mass, which is mostly made up of bone, muscle, and tissue. Increasing the bone and tissue mass might be somewhat tricky and technical to explain for this article, but one thing one can surely do is increase their muscle mass.

How Men Can Do It: Lift weights and build muscle.

How Women Can Do It:  All the ladies, don’t skip reading this section because in the end, you don’t want to turn into a she-hulk and the fact is you won’t. Even the average male gym rat can’t build the amount of muscle they’d like to, and they have approximately 15x more testosterone than women.

Testosterone is the anabolic hormone that is responsible for muscle growth. Although the ladies won’t build as much muscle as men do, due to inferior hormone levels, women can still add some muscle with the right exercises giving them the sexy and curvaceous figure they always wanted whilst also boosting their metabolism simultaneously.

Here is a list of compound exercises that will release the most testosterone and help build muscle:

If you’d like more tips on how to build muscle, check out the articles on my bodybuilding blog – Jacked Natural.

2. An Hour of Brisk Walking

Walking, how boring is that? 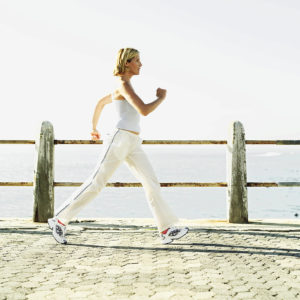 The amount of calories burnt from jogging for 30 minutes can also be burnt briskly walking for 60 minutes. The equations works because, although one might be going at around 2x the speed when running, with the brisk walking, you would be doing it for twice the duration.

Brisk walking is a lot less intense compared to jogging, so although it’s not as good from a cardiovascular perspective, it could be more effective for weight loss; as you’re more likely to keep up brisk walking for 10 weeks than you would running.

Walking is also a lot easier on the joints, reducing the risk of potential injury in older people.

When you’ve been dieting for a while, your body will adapt to your initial weight loss by slowing your metabolism. The more weight you lose, the slower it will get. That’s the definition of a vicious circle.

After all, your body doesn’t like change, wanting to stay at a homeostasis. So if you try and lose weight, it will fight this by slowing your metabolism making it more difficult for you to do so. 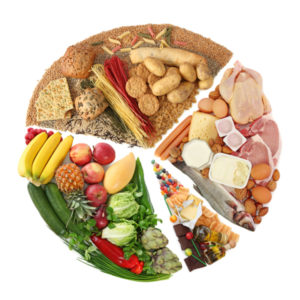 Here is the good news!

You can combat the slowing down of metabolism by incorporating re-feeds. If you’ve been dieting for a good few months or have reached a low body fat percentage then this is the time to utilize the joy of a re-feed day.

By eating a lot more food during a re-feed day, this sudden influx of calories will shock your body and give your metabolism the much needed spike. The goal during a re-feed is to eat significantly more calories than usual.

However, it isn’t an excuse to go overboard and shovel down 6,000 calories of food down your throat.

Many people know the importance of water for health, but not many people know that water is a central nervous system stimulant, able to kick-start thermogenesis. This thermogenic effect is a great trick to boost your metabolism.

You do not have to worry about retaining water from drinking more water because in time you will actually lose that water weight. The body will recognize all the extra water that you might have been drinking and will flush even more out as a self-defense mechanism. This effectively turns your body into a human water fountain. 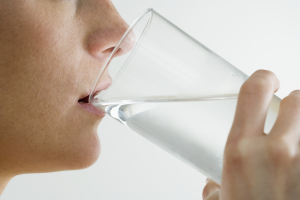 Bodybuilder’s usually use this trick to shift water weight before a competition, drinking as much as 2 gallons a day leading up to a show. According to a study, water was used for consumption and it was found that when consumed in large volumes, it can increase blood pressure ‘profoundly’.

It is believed that the reason for this phenomena was because water increases norepinephrine which is responsible for stimulating the sympathetic nervous system, causing our bodies to shift into a fight or flight state.

Once in this state, epinephrine aka adrenaline increases, in turn speeding up your heart rate which in turn makes your body work harder at rest. Hence, the result is that you burn more calories and your metabolism is boosted. Boom!

Water is virtually zero in calories, thus you can drink as much as you want without worrying about bumping your calories up. So, when you feel like snacking on eating something naughty when you shouldn’t, drink a pint of water. Your stomach will become full and the thought of that sinful snack will be much less appealing!

It’s important not to go crazy with your water consumption as several people have died from drinking too much water in a very short space of time. However, for this to happen, it’ll take excessive amounts of water i.e. 1.5+ gallons drank all at once. 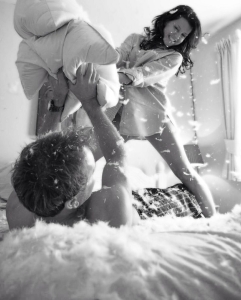 Having sex for 30 minutes can burn up to 150 calories, and that is minus the orgasm. Throw in an orgasm into the equation and that’s another 100 calories.

One woman even claimed that she’d lost 2 stone from climaxing! She also noticed  that when she went through periods without having sex, she began to put on weight again. Interesting? You can read her story here.

Another benefit of having more orgasms is that your brain will release more endorphins, so your well-being will go up a few notches. From a weight loss point of view these extra endorphins are invaluable because they can actually increase satiety.

This means that you will feel more full from the food you eat and decrease the chances of over-snacking or binge eating. Sex has also been shown to increase testosterone levels in men by up to 72%, which will help you burn even more fat. Testosterone isn’t just useful for building muscle, but is a potent fat burning hormone too. 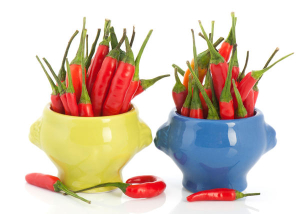 Spicy foods have shown to increase your basil metabolic rate by as much as 8% . Obviously this is just a temporary increase, but if you incorporate spicy meals into your diet on a regular basis, you could enjoy the effects of a consistently spiked metabolism.

Aim to eat at least one spicy snack or meal in a day which will increase your body temperature. Alternatively, if you do not like spicy foods…

Just kidding, if you don’t like your mouth burning and you actually want to taste your food then you can always supplement it with Cayenne Pepper. When taking cayenne in the form of a capsule you will not experience any hotness at all.

Ingesting cayenne will kick-start thermogenesis, the process that raises your body temperature, making your body work hard to cool you back down to its original state. The reason cayenne has this powerful effect is due to its strong capsaicin content.

Generally, the more capsaicin your food has, the hotter it will taste.

Here’s the top 6 foods that have the highest capsaicin content:

Peppers not only raise your metabolism but also have appetite-suppressing attributes. Win-win. 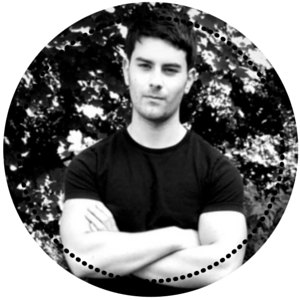 Meet Erny Peibst, the founder of the fitness and bodybuilding blog,  JackedNatural.com. Erny also writes for Aretheyonsteroids.com where he shares evidence regarding which athletes are natural in the fitness industry. The blog was set up to educate people about whether a certain bodybuilding or fitness models and actors are on steroids or not. Erny ensures that he takes all of the signs into account before making a verdict