Are Lion’s Mane Mushrooms a Superfood?

Are Lion’s Mane Mushrooms a Superfood? 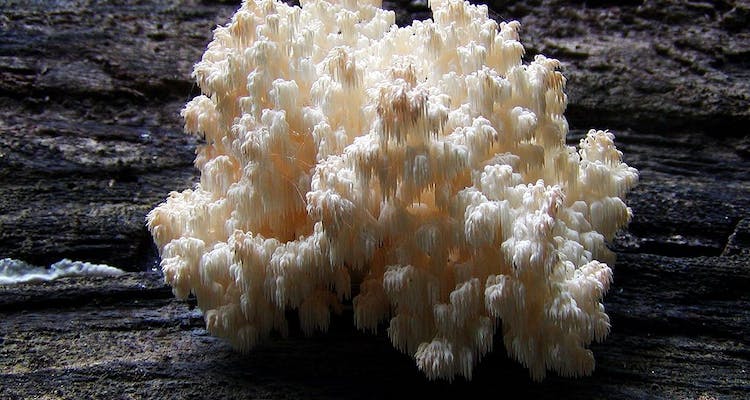 How to Create a Back-to-School Game Plan

How to Create a Back-to-School Game Plan

The idea of superfoods is not a new one. People have labeled particular foods as super-healthy throughout history, though the specific terminology has changed over time. The term ‘superfood’ is usually given to ingredients believed to have health benefits beyond providing calories and small amounts of nutrients.

Anyone who follows food trends and is interested in health and fitness will probably have noticed that the list of foods deemed to be super is continuously changing. The qualifiers for being a superfood seem to shift as society places different expectations on what healthy foods should provide.

Lion’s Mane mushrooms are the latest to be given the prestigious title of superfood. This edible Fungi has received a great deal of positive attention in recent years for being healthy, all-natural dietary supplements. So, what is it about Lion’s Mane mushrooms that makes them stand out?

What Are Lion’s Mane Mushrooms?

Lion’s Mane does not conform to the traditional mushroom appearance that most people are used to, known as ‘cap and stem.’ This fungus gets its moniker from its appearance, which resembles a shaggy lion’s mane.

Lion’s Mane mushrooms can be found all around the world and tend to grow on hardwood logs. Thanks to their beautiful white coloring, they stand out, contrasting the dark browns of the logs and tree trunks they grow on. The mushroom appears in small snowball-like formations and has a fluffy texture.

Lion’s Mane mushrooms were initially used to treat stomach issues and to support digestion. Over time, Lion’s Mane has been linked to several other positive health effects, including providing immune support and enhancing cognitive function.

Compounds within Lion’s Mane mushrooms have been linked to the production of nerve growth factor, which is involved in the maintenance and growth of neurons. This can play a critical role in the healing of wounds as well as the immune system’s ability to work to its full potential.

There have also been some early indications that Lion’s Mane mushrooms can be used to support positive mental health. While research is always ongoing, it is thought that fungi may be helpful for conditions like stress and anxiety.

Many of the cognitive benefits of eating Lion’s Mane are due to two compounds found within the mushroom. Hericenones and erinacines have both been found to stimulate the production of nerve growth factors. These compounds are believed to play an essential role in protecting and maintaining nerve cells within the body and brain.

One study gave participants 250mg of Lion’s Mane capsules three times a day and found that they started to show significant improvements in their cognitive ability. A further study that used similar methods found very similar results. The study also concluded that some participants suffering from short-term memory issues show signs of this deterioration slowing down.

The Best Ways to Use Lion’s Mane Mushrooms

There are a number of ways that the benefits of Lion’s Mane mushrooms can be enjoyed. The mushroom is known for its delicious flavor profile and meaty texture. For this reason, Lion’s Mane is often used as a meat substitute and works great as a burger patty or as a steak replacement.

To take full advantage of the health benefits that have been linked to Lion’s Mane, the fungi should be consumed on a regular basis. While the idea of eating such a tasty mushroom every day might sound like an excellent idea, it can quickly become expensive. It is also hard not to become bored eating the same food every day.

Luckily, there are other ways to work Lion’s Mane into your everyday diet. Products such as Lion’s Mane Mushroom Capsules provide an easy and highly effective way to experience the health benefits of the fungi without major dietary adjustments.

Is Lion’s Mane Mushrooms a Superfood?

The term ‘superfood’ is used mainly as a marketing term, and as such, the definition tends to be somewhat flexible. In order to be considered a superfood, a particular ingredient generally has to tick a few boxes. This includes not having any significant negative impacts on a person’s health when consumed regularly, as well as offering nutrition and health benefits that are not typically found in other healthy foods.

Lion’s Mane mushrooms certainly tick both of these boxes. No human studies have examined the side effects of lion’s mane mushroom or its extract, but they appear to be very safe.

However, it is advised that anyone who is allergic or sensitive to mushrooms should avoid lion’s mane, since it is a mushroom species.

Mushrooms are generally considered suitable for most diets. Equally, Lion’s Mane appears to offer a number of benefits that are not found in other mushrooms.