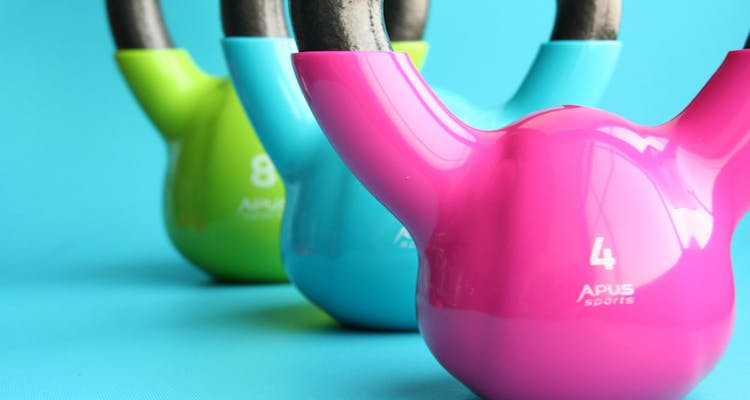 Are Kratom Capsules The Best Product To Alleviate Pain ?

Are Kratom Capsules The Best Product To Alleviate Pain ?

If you’ve been working out with exercises like the kettlebell swings, you know how much kettlebells kick butt in your training. But have you ever wondered how the kettlebell workouts started and where they originated?

Knowing your workout’s history helps you understand the dynamic behind the training and how your muscles are getting you more fit.

Let’s take a look at kettlebell history and learn more about this excellent workout tool.

What is a Kettlebell?

If you have never heard of a kettlebell, let us enlighten you.

They range in weight depending on how hard you want to work. There is space between the handle and the bell so you can put your hand through to get a good grip.

History of the Kettlebell

While most people associate kettlebells with Russia, they originated in ancient Greece.

At that time, the kettlebell was called a haltere and was built a little differently. Despite this difference in build, the idea was the same. It was constructed with a heavy weight and a handle for gripping and using to increase strength.

With that being said, the modern kettlebell did evolve from Russia. In 1985, the First National Championship Kettlebell Games were held in Russia. This was the first time that kettlebell sport was featured in a fitness championship. The winner of this went on to become the “Master of Sport.”

In the early 1900s, this piece of equipment was mainly found in Russia. It wasn’t until Pavel Tsatsouline, the world-renowned fitness instructor, introduced the kettlebell to the USA in the 1990s that it grew in popularity outside of Russia.

Kettlebell training became an effective form of exercise shortly after that in the western world when it was mentioned in a publication in 1998.

While people were interested in kettlebells, it wasn’t until 2001 that they were manufactured and used in the western world.

The first certification for kettlebell training was in 2001, and kettlebell workouts were on the move. That same year, women were allowed to participate in the National Championship Kettlebell Games in Russia for the first time.

A year after it was introduced to the western world, the kettlebell was named “Hot Weight of the Year” by Rolling Stones magazine. Kettlebell sport was making its way into the fitness industry and leaving a mark.

Today, kettlebells are readily available worldwide, and kettlebell exercises like the swing, squat, and one-arm swing are seen at weight training facilities everywhere. It brings a new twist to weight training. Instead of the barbell and free weights, the kettlebell works the muscles and helps to develop explosive strength and power.

The benefits reach far and wide when it comes to kettlebell lifting. Not only does it work similar to conventional weightlifting exercises, but the kettlebell workout also proves to burn more calories. It works from a weight training and cardio perspective. Benefits include improved resting heart rate, better grip strength, enhanced explosive power, and better overall endurance during workouts.

Studies show that it provides better usable power for everyday activities for those between 59-79 years old. Activities like climbing stairs, walking, and more agility from sitting to standing are just a few of the benefits discovered from performing kettlebell exercises over six months.

One of the most popular kettlebell exercises is the kettlebell swing. While it is a basic move in kettlebell sport, it involves plenty of strength through the core, upper and lower body. A move as basic as the swing works as a compound exercise to develop the shoulders, abs, lats, glutes, and hamstrings. That’s a whole lot for your fitness training in just one move.

To perform the swing, simply hold the kettlebell in both hands with your knees bent and feet shoulder-width apart. Swing the kettlebell forward until it reaches your chest height and then let it fall back, similar to a pendulum. The vital thing to remember is that the muscles should control the movement. Don’t let the momentum take over and cause you to lose control of the kettlebell. It’s all about maintaining proper control to ignite your muscles.

There are many different kettlebell courses that you can take to either become a kettlebell instructor or simply learn the proper exercise techniques required for training. Some gyms require mandatory kettlebell training for their personal trainers since they are so popular in the fitness industry. Since they are different from barbells and free weights in how they are used, proper training must be given to customers to prevent injury during a kettlebell workout.

Now that you know all about kettlebell history share your knowledge with your gym partner. Chances are they don’t understand that the modern kettlebell derived from the Russians, but the original kettlebell was of Greek origin. Shock them with some fun facts and help them know more about the apparatus they use every day to get more fit. The better we understand the history and science behind our favorite exercise, the more we will engage our muscles properly and get the most out of our training.